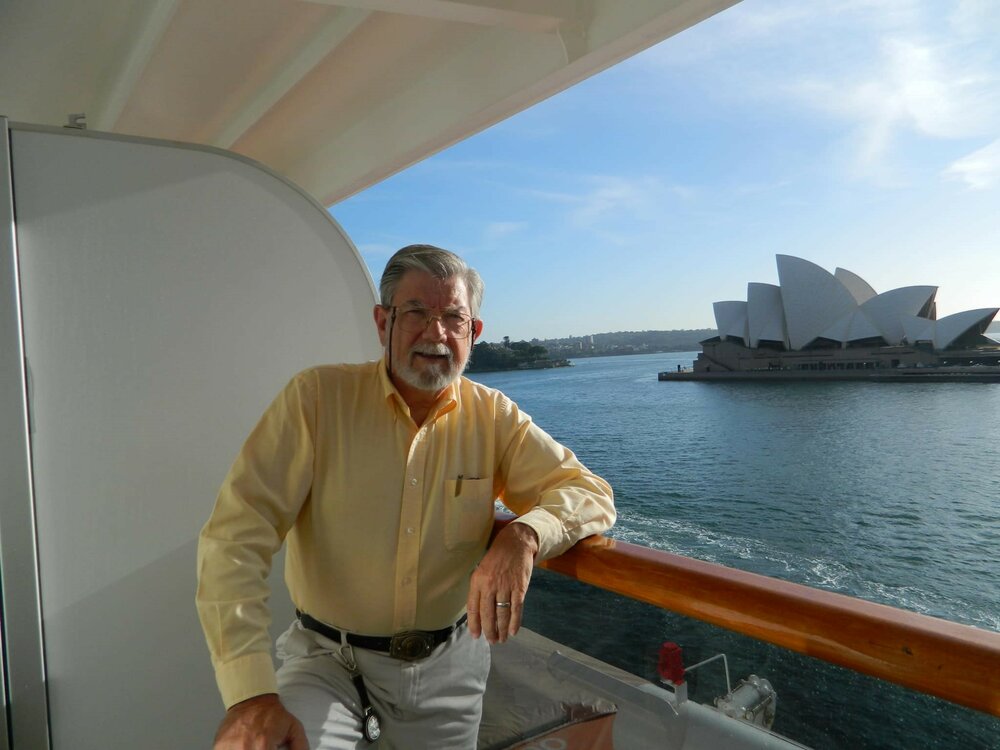 Born June 26, 1943 in Trenton, New Jersey, Stephen is the only son of the late Harry and Gladys Gerofsky, also of Trenton and Ocala. He met Rochelle Prescott while attending college. Instantly enamored with her, they dated and married by the end of 1967.

Receiving a BS in Chemistry from Dickinson College (Carlisle, Pennsylvania) and MS in Physics from Rider College (Trenton), Stephen taught at Nottingham Junior High and Hamilton High West in Trenton. A competitive swimmer in high school and college, as well as a lifeguard at the Jersey shore, Stephen also coached Hamilton High West’s swimming and diving teams.

Stephen and Rochelle raised two daughters, Lara Chava and Samaralee, and one son, Charles Aaron. Summer vacations when the children were small were spent in nature, swimming, camping, fishing, and traveling in a VW camper van around the Northeast and Canada. After one too many blizzard-filled winters, Stephen relocated the family to Marion County, Florida, in 1978.

For 30 years, Stephen taught sciences at Lake Weir High School alongside Rochelle, who taught social studies. Thousands of children passed through their classrooms on their way to adulthood. Stephen proudly started the Asimov Science Honors Society after obtaining permission from Mr. Asimov himself. Students often returned after graduation to thank him for his influence, which motivated them to become doctors, nurses, and scientists. Stephen also taught at Central Florida College and the University of Florida (Gainesville) and Florida State University (Tallahassee), sharing his knowledge with more young adults. So many businesses in Marion County employed his former students that Stephen was always greeted with a smile.

As retirement approached, Stephen turned to publishing academic materials to support other teachers. He also wrote fiction. A one-act play “Wishes” was produced for Belleview’s Founders Day in 1984. In 2008, Stephen formally retired from teaching even as he continued learning, observing, and exploring.

Traveling during school vacations and retirement, Stephen and Rochelle eventually visited all 50 states and 43 countries. One of Stephen’s treasures is sand collected from beaches all around the world, each vial carefully labeled with location and date. Something educational was included in every trip: visiting chemist Antoine Lavoisier’s laboratory and home in France, observing a solar eclipse while cruising off the coast of Australia, and visiting Jewish religious sites in Israel. Their passion for travel was shared with their grandchildren, who journeyed with “Granny and Zeyde” in celebration of Bar and Bat Mitzvahs.

A deeply faithful Jew, Stephen was a life member of Congregation Ahavath Israel in Trenton, and an active member of Temple Beth Shalom in Ocala.

He will be buried in the Jewish cemetery of Ocala on North Magnolia Avenue on March 30, 2022. In lieu of flowers, donations may be made to Temple Beth Shalom of Ocala or The Alzheimer’s Association.

To send flowers to the family or plant a tree in memory of Stephen Gerofsky, please visit Tribute Store