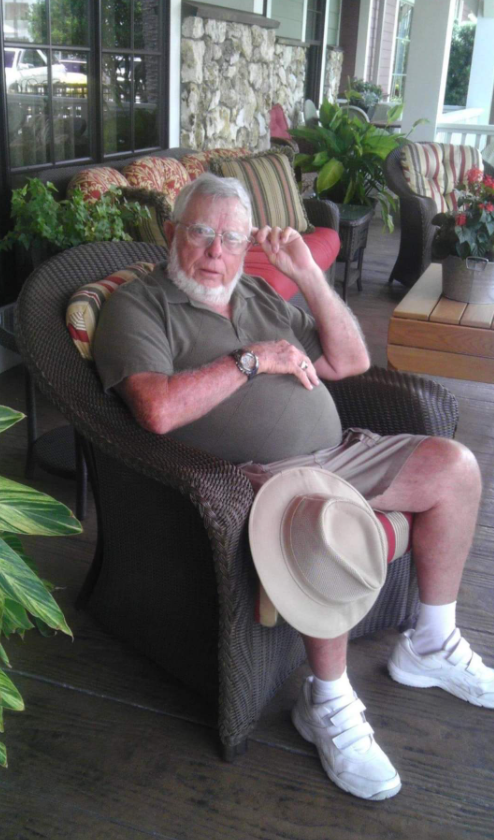 Delbert "Del" George Hillegass of the Villages, Florida passed away on March 10, 2022 at the age of 87. He was born in Johnstown, Pennsylvania, September 27, 1934 the son of the late Delbert and Bertha Hillegass. He was proceeded in death by his brothers Louis, Harry, Clarence, Charles and sister Nellie Hillegass. He is survived by his remaining sister Helen McMillan. He leaves behind his loving wife Muriel of 62 years and four children, Diane Hillegass, Brian Hillegass, Donna Hicks, and Saundra Cover. He is also survived by daughter-in-law, Lori Hillegass, son-in-law, Kevin Cover and Diane's fiance', Marc Nachtigal.  He was the loving  grandfather of six grandchildren and 4 great grandchildren.

He dropped out of high school at the end of tenth grade and soon after, at the age of 19, joined the Navy. While serving in the Navy from 1953 to 1958, he received his GED and saw action during the Korean War. After leaving the Navy he continued to serve at the Government Printing Office in Washington D.C. where he worked until his retirement at the fine age of "55".

He loved life to the fullest and enjoyed doing so many things along the way from dancing, hunting, camping, golfing, gardening and sports. He was the captain of his own boat (Grady White) and  named it after his beloved wife (Muriel Cigar's).

His nature was always to be happy-go-lucky, laughing, smiling, joking and always had the best comebacks. He felt that one of God's greatest gifts was laughter and he truly lived a life full of love and laughter. We will always keep his laugh and smile in our hearts.

A private family service will be held at Bushnell National Cemetery on June 17, 2022. To be followed by a Celebration of Life at Hiers-Baxley Funeral Home, 3975 Wedgewood Lane, The Villages at noon.

To send flowers to the family or plant a tree in memory of Delbert Hillegass, please visit Tribute Store

Share Your Memory of
Delbert
Upload Your Memory View All Memories
Be the first to upload a memory!
Share A Memory
Send Flowers