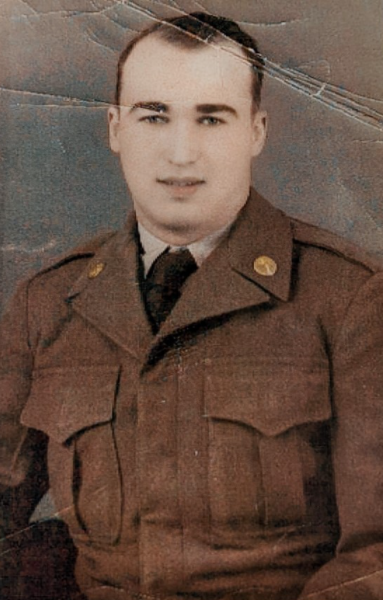 Harold Collins Jr., age 87, of Albany New York, passed away on March 18th, 2022 in The Villages Florida.Harold Collins Jr. was born in Albany, NY to Harold Collins Sr. and Adele Rapp-Collins on April 14th, 1934. Prior to joining the Army, he attended public schools in Albany, New York where he later met and married Janice Irene Vassau-Collins on August 11th, 1954. He was a veteran of both the Korean War and the Vietnam War, where the Army awarded him the Medal of Good Conduct, the National Defense Medal, the Sharp-Shooter Pistol Medal, and the Sharp-shooter Carbine Medal. He was also awarded the Expert Rifle Badge. He was involved in the Retired Military Group and The Disabled Veterans Group. He also made time to serve as an Elder at St. Paul's Lutheran Church of Albany, NY in his younger years, and later at Trinity Lutheran Church of Summerfield, FL. He was also given the great honor of being chosen to participate in the National Honor Flight for Veterans who have served during war time. On that flight he was treated to the honor, gratitude, and community of support that he truly deserved while touring the memorials and monuments dedicated to them in Washington, DC. No stranger to travel, Harold loved to take his wife Janice on cruises to exotic locations. They enjoyed over 25 cruises during their 67 years of marriage. They saw everything from the beautiful shores of Alaska to the sunny beaches of The Bahamas. Harold Collins Jr. was preceded in death by his son, Staff Sergeant Jeffrey William Collins, his parents Harold and Adele Collins, his brothers Edwin Collins, Ronald Collins, and Robert Collins, and his sisters Adele Collins-Panella, and Carol Collins-Moreland. Harold Collins Jr. is survived by his loving wife Janice Collins of The Villages, FL and his son Michael Joseph Collins of Saratoga Springs NY. He is also survived by his brothers John A Collins, Frederick Collins, and Joseph Collins of Albany, NY, and Bruce Collins of Savannah GA. His sisters Delores Collins-Lather, Sue Collins-Capasso, and Deena Collins of Albany, NY. His grandchildren Justin Collins and Mendy of Las Vegas, NV, Elaine and Brandon Poole of Lakeland, FL, Adam Collins and Marisa of Las Vegas, NV, and Melissa and Michael Evans of Rotterdam, NY. His great-grandchildren Jeffrey Poole and Brian Poole of Lakeland, FL, and Mya Evans of Rotterdam, NY.
Memorials may be given to The Wounded Warriors Project or St. Jude Children's Research Hospital in lieu of flowers. The family of Harold Collins Jr. wishes to extend our sincere thanks to Dr. J. Panchal and the nurses at Ocala Regional Hospital, The Ted and Diane Brandley House Hospice, and of course his beloved friends and fellow congregants of the Trinity Lutheran Church of Summerfield, Florida. Viewing will be from 3pm-5pm on Monday, March 28th, 2022 at Hiers-Baxley Funeral Home at 3975 Wedgewood Lane, The Villages, FL 32162.
Private Burial Services will be held for the family at Bushnell National Cemetery. Arrangements were made by Hiers-Baxley Funeral Home.

To send flowers to the family or plant a tree in memory of Harold Collins Jr., please visit Tribute Store
Monday
28
March

Share Your Memory of
Harold
Upload Your Memory View All Memories
Be the first to upload a memory!
Share A Memory
Send Flowers