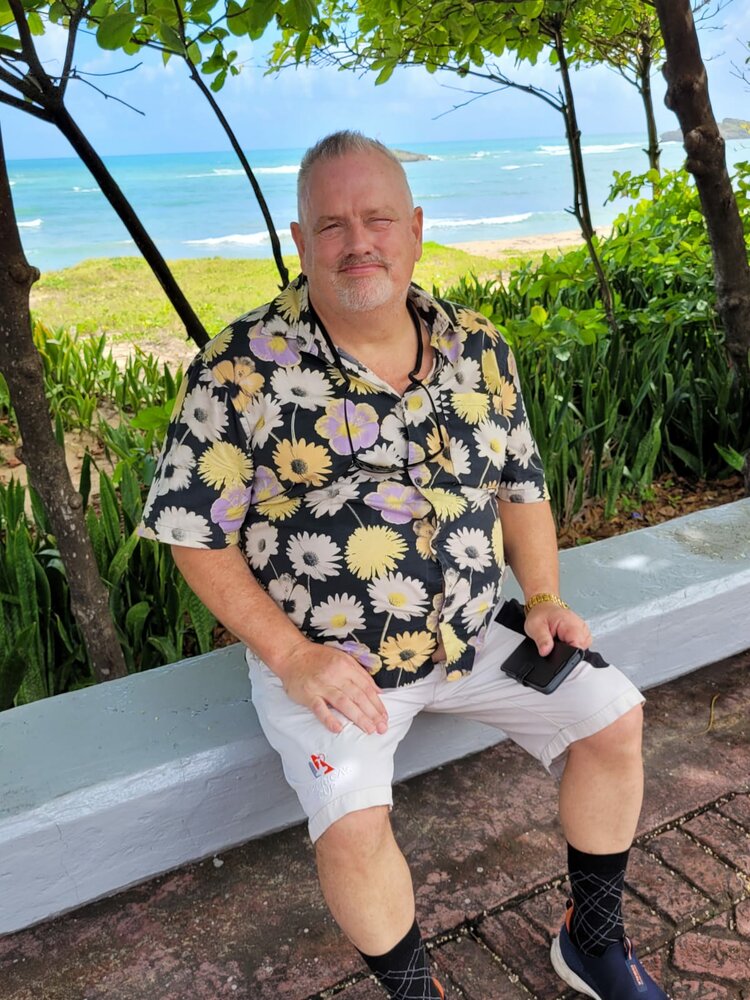 Greg Evans Herzing was born Jan 28th, 1961, the second son of Paul and Josephine (Gratz) Herzing.  Greg spent his childhood in Waynesboro, Virginia and later in Wilmington, Delaware and Sao Paulo, Brazil. In his youth Greg was on the swim team and enjoyed collecting stamps and coins. He studied business at Marquette University for a few years, but eventually settled down back in Wilmington to pursue his own career.  Starting with some painting tools and a beat-up wood sided station wagon, Greg began a lifetime career in Home Services:  painting, power-washing, gutter cleaning, chimney sweeping, and other odd jobs.  Always an entrepreneur, Greg realized people needed help on an annual basis and worked to grow his business with many loyal customers on contract.  When he wasn’t on the roof, Greg enjoyed traveling to Mexico, Las Vegas, Florida, and other warm places on cruises during the winter.  Greg never married, but he was not shy and could talk to most anyone – he was always eager to have a discussion, especially over good food and wine.  All who met Greg found him kind, compassionate, and friendly.  Greg had just recently moved to the Miami area to begin his retirement but passed suddenly on March 16th, 2022 due to heart failure, just after returning from a cruise. He was 61 years old.

Greg is predeceased by his parents, as well as longtime friend Leo.  He is survived by his older brother Mark, and younger brother Brian (Laura), as well as niece Charlotte, nephew William, and numerous aunts and uncles.

To send flowers to the family or plant a tree in memory of Gregory Herzing , please visit Tribute Store
Thursday
24
March

Share Your Memory of
Gregory
Upload Your Memory View All Memories
Be the first to upload a memory!
Share A Memory
Send Flowers