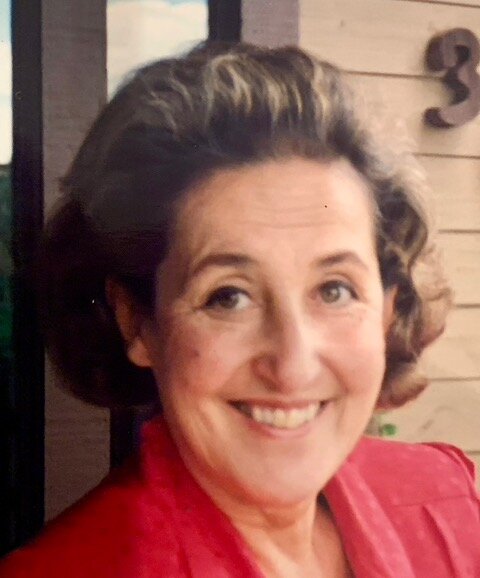 Zoa Elvira Gonzalez ,of Lares, Puerto Rico, known by her family and most of her friends as " Elvi", passed away on March 5th, 2022 in The Villages. Memorial services will be held at Saint Vincent de Paul Catholic Church on Saturday, March  26th at 11:00 AM. Arrangements are being handled by Hiers-Baxley Funeral Services. Zoa's remains will be then taken to Lares, Puerto Rico for burial. Another Memorial Service will be held there at the Immaculate Conception Church in Lares, Puerto Rico. The church where she was baptized, confirmed, made her first communion and got married. She will be laid to rest at her beloved grandmother's burial site ( Elvira Segarra). Zoa was born in Lares to Zoa Delgado and Gilberto Pol on May 18, 1938. She was educated at the " La Immaculada" Catholic school in Santurce Puerto Rico, where she graduated.  She was awarded an academic scholarship to attend The Saint Mary of the Woods University in  Terra Haute, Indiana. where she obtained her Bachelors degree in dietetics. She did her dietetic internship at the Charity Hospital in New Orleans, LA, where she had the opportunity to prepare diets for Dr. Debakey's patients, now a famous heart surgeon.  Zoa worked at the Presbyterian Hospital and the Slatter Food Company in Puerto Rico, and after a short time working there , she married her childhood sweetheart, Dr. Juan B. Gonzalez, on March19th , 1961 at Immaculate Conception Church in Lares. They went to live in Atlanta, Georgia, where Dr. Gonzalez was teaching at Emory University School of Dentistry. While living in Atlanta, Zoa worked at the Baptist Hospital.During her life long marriage of over 60 plus years, Zoa lived in several places with her beloved Juan which included:  Ann Arbor, Michigan, while he attended graduated school; Rochester, Minnesota, while he was a in the staff of the Mayo Clinic for 16 years; Colorado Springs, Colorado where he established his private practice and she was his office manager for 14 years; retired to Punta Gorda , Florida in 1996, and moved to The Villages in 2006. Their daughter Maria was born at St. Marys Hospital in Rochester, Minnesota where she volunteer as a hospital auxiliary. She remained a house wife until Maria graduated from High School. She was involved with the League of University Women, The American Dietetic Association, the Girl Scouts of America and the hospital auxiliaries for many years.  In addition, she was a kind, considerate and loving person who valued, respected and loved life. Who she had befriended through her life journey with Juan, remained friend for life. A non-judgmental person who was often sought by her friends for  her love, care and wisdom. She always remembered her friends and kept  in touch with them.

Zoa is preceded in death by her grandparents Lulu Rodriguez, Jose Delgado ("Papito Pepe" as she commonly called him), Elvira Segarra and Gil Pol; and her beloved parents, Zoa Delgado and Gilberto Pol.

The family would like to send a sincere word of thanks to the doctors, nurses, and all the medical professionals that aided in her healthcare. To the staff of Compassionate Care Hospice we will be forever eternally grateful to you for the extreme care, love and kindness you showed us in guiding us through the entire process of Zoa " Elvi" transition. To Father Peter Puntal and the Ministry of Consolation group from St. Vincent De Paul Catholic Church we thank you all for the anointing and giving her last rites, and the guidance in preparing her memorial service . Last but not least we would also like to thank the entire staff of Hiers-Baxley Funeral Services for their excellent care and service. May God bless all of you.

To send flowers to the family or plant a tree in memory of Zoa Gonzalez, please visit Tribute Store
Saturday
26
March

Share Your Memory of
Zoa
Upload Your Memory View All Memories
Be the first to upload a memory!
Share A Memory
Send Flowers