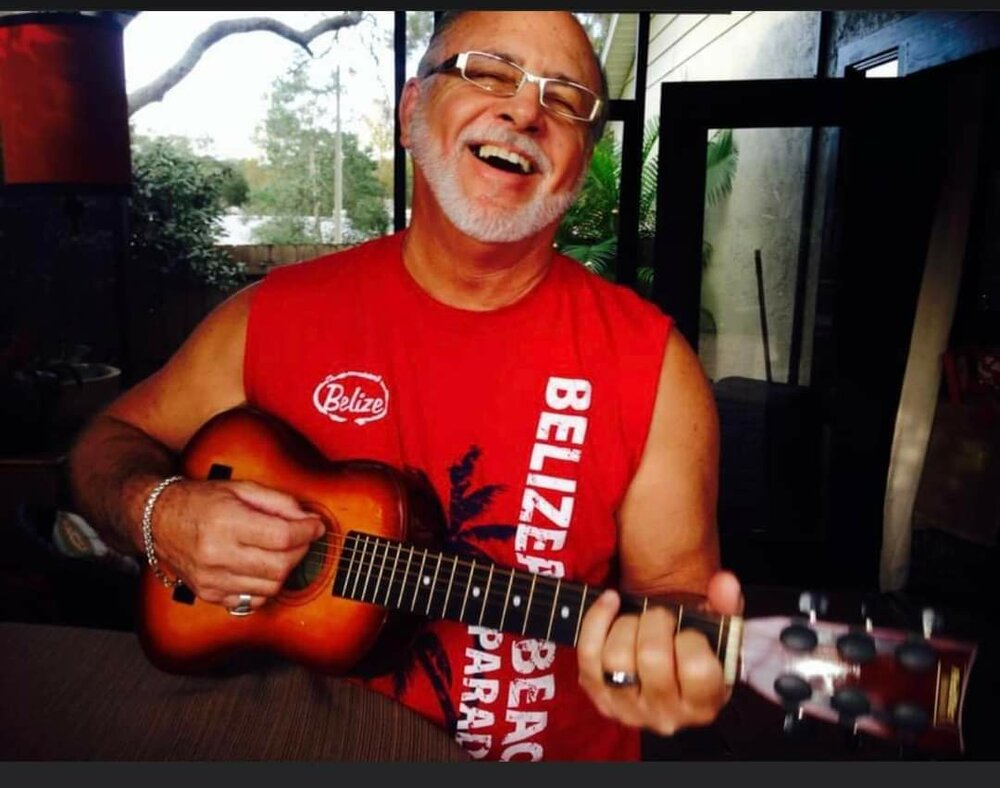 Merriwell “Butch” E. Huebing Jr., age 78, of Central Florida, loving husband & father, was called home to our Lord, on Monday, February 21, 2022. Born in Reedsburg, WI, he graduated from Webb High School in 1962, and promptly began a lifelong career in the medical field. He received an education from a medical tech institute in Minneapolis, and then served 2 years as a 91A Medical Corpsman, followed by 5 years served in the National Guard.  On September 24, 1966 Butch married his high school sweetheart, Mary Peasall. He continued as an EMT & phlebotomist at the Reedsburg Medical Center until 1981 when he moved the family & farmstead from Wisconsin to Florida. Butch retired in 2014 from Marion Community Hospital, in Ocala, where he worked for 33 years as a Medical Technologist. He was also an active member of the Knights of Columbus and the Moose Club.

In his younger years, Butch played guitar in a band called the “Silver Tones” alongside his 3 best grade school friends, Jerry, Dennis, and Kent. His love of music stayed with him throughout his life. Butch would often enjoy strumming away on one of his guitars for family & friends. He loved going to see live bands perform, jam sessions, and hitting up the dance floor. He really enjoyed traveling abroad and taking cruises with his wife of 55 years, Mary; often accompanied by small groups of long-time friends, which provided tons of laughs and fun times together.

Butch was an amazing husband, father, “pepaw” & friend. He was always there to do anything that needed tending to, working diligently for his family in so many ways. He was selfless, always putting the ones he loved before himself. He was strong in nature, but soft in heart, a protector, and a safe haven. His smile & laugh were contagious and would often light up the room with his sense of humor, especially with a good joke to tell. He will be greatly missed by all who knew & loved him.

Butch is survived by his beloved wife Mary, 2 daughters Eleisha & Jessa, 3 grandsons Kaden, Eli, Caine, his brother Gary, and so many friends. He is preceded in death by his parents, Merriwell “Merri” Huebing Sr. and Emilia “Mickey” Huebing, his sister Rosemary, son Todd, & granddaughter Alexa.

A funeral service will be held on March 18th at 11am, at St. Vincent De Paul Catholic Church, in Wildwood, FL.

In lieu of flowers please make a contribution to Central Florida Catholic Charities instead http://www.cflcc.org

To send flowers to the family or plant a tree in memory of Merriwell Huebing , please visit Tribute Store
Friday
18
March

Share Your Memory of
Merriwell
Upload Your Memory View All Memories
Be the first to upload a memory!
Share A Memory
Send Flowers