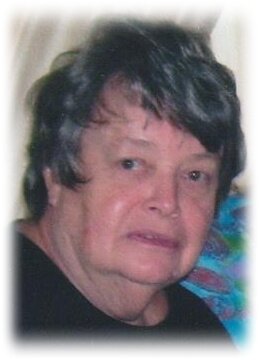 Karel Shepard Hein of Ocala, a Daughter of The American Revolution, went home to be with her Lord and Savior, Jesus Christ, in the early morning hours of February 17, 2022.  She was 86.

She was the daughter of Donovan R. and Alice L. (Schroeder) Shepard, born in Grand Rapids, MI on June 20, 1935, where she spent most of her earlier years along with a period in Coeur d'Alene, ID while her father recovered from an injury while serving in the U.S. Navy.  She and her parents would later move to Ann Arbor, MI, where she attended the University of Michigan, majoring in Art.  While still a student, she met her husband of 29 years, G. William Hein, whose career path of becoming a newspaper executive she was wonderfully supportive of, from homes in Ann Arbor and Ypsilanti, but mainly in Jackson, MI.  The residence was a happy gathering place at holiday times among others, when she regularly welcomed all relatives to her elegantly set tables and beautifully prepared, delicious tasting meals.  Also while in Jackson, she took part in many civic and social organizations, including Junior League of Jackson, as a member and president of Diggers Garden Club and ar The Ella Sharp Museum, where she managed the gift shop for a few years.   Both Mr. and Mrs. Hein were active supporters of Christian education in Michigan.  He preceded her passing, following heart transplantation, in January of 1986.

Her love of fine art, home decor, and period furnishings was reflected in the primary family home, as well as in more eclectic and rural form at the family summer home at Hemingway Point on Lake Charlevoix in northwestern lower Michigan.  Her father had purchased a seasonal lakeside home following World War II and Mrs. Hein and her husband built a more modern yet rustic dwelling on the adjacent lot.  There she began making her own art creations, including pine cone trees and wreaths she would sell at art fairs in the area.  She would later take her artistic talents back to a childhood hobby, that of dolls' houses and miniature furnishings for them, creating a business.  She did specialty shows marketing her original work to the public. Eventually, she presented them in a specialty shop near Jackson and following a move to Florida, opened Karel's Korner, in Silver Springs, adding collectible dolls and plush toys to her merchandise.  She later relocated the store to a larger location within Ocala.  Her work as a miniatures artisan effectively spanned 30 years, and in Marion County, FL, produced over 200 customized dolls houses for both children and adults alike.  She closed the shop in 2000, however continued to do community shows with her dolls' houses and dolls for enthusiasts and newcomers, as fundraisers for community events and organizations.

Both of her parents preceded her in death as well as her oldest brother, Donovan R. Shepard, Jr. in childhood and more recently James F. Shepard. Of Grand Rapids, MI.  She is survived by her son, William Karl Hein, and her daughter, Alicia Hein Buff, both of Ocala, FL, her granddaughter Cynthia Karel (Buff) Anderson (Christopher) and great-granddaughter, Emma Anderson of Dacula, GA, her brother Thomas (Glenna) in Texas. her sister-in-law, Maxine (Goss) Shepard, widow of her brother James and numerous nieces and nephews.

In 2015, Mrs. Hein was diagnosed with Scoliosis, apparently existing from childhood, but undetected over the following decades of her life.  Subsequently, she developed congestive heart failure and has bravely fought these conditions in most recent years to the very end of her earthly life.  Accordingly and in lieu of flowers, her children request memorials be made to, The National Scoliosis Foundation [www.scoliosis.org ] or the Heart Failure Society of America [www.hfsa.org ].

Mrs. Hein is in the superior care of trusted family friends at Hiers-Baxley, Silver Springs Boulevard in Ocala.  She requested cremation and will eventually be interred by her husband at the family gravesite in Ann Arbor.  A celebration of life gathering will be scheduled at a later date.

To send flowers to the family or plant a tree in memory of Karel Hein, please visit Tribute Store

Share Your Memory of
Karel
Upload Your Memory View All Memories
Be the first to upload a memory!
Share A Memory
Send Flowers