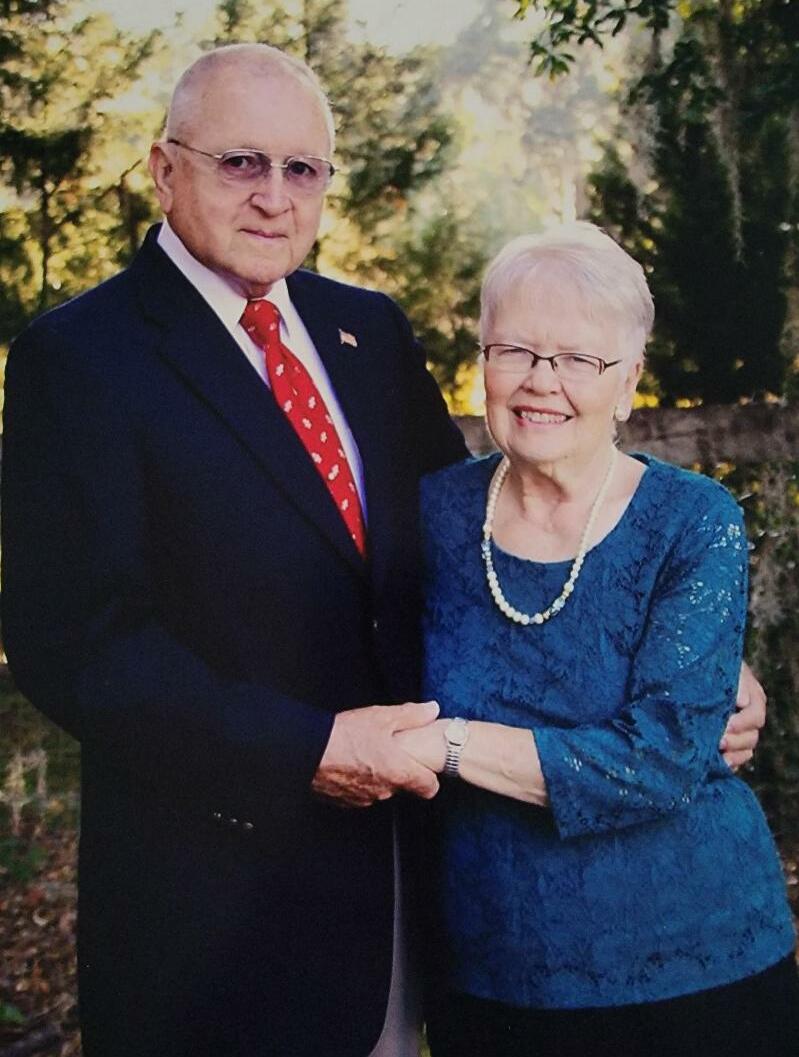 Obituary of Merrill and Eileen Williams

In Celebration of Merrill and Eileen Williams

Both have chosen to be cremated through the Hiers-Baxley Funeral Service.

Merrill was born in Reynoldsville, PA in 1930 to Merrill and Mary (Yount) Williams. He was a retired Ohio public school superintendant and school administrator, who received his Masters degree from Kent State University, and also served in the United States Army during the Korean War.  Merrill was an avid vegetable and flower gardener, and enjoyed spending time and vacationing with his family.

Eileen (Kerry), age 89, was born in 1932 in Canton, OH to Alvin and Esther (Hoff) Kerry. She was retired as a bank teller from KeyBank.  Eileen enjoyed cooking and baking for her family and friends, singing in the church choir, playing the piano, and serving others.

Merrill and Eileen were married in 1954 in Canton, OH and were looking forward to their upcoming 68th wedding anniversary.  They were members of the Belleview Ward of the Church of Jesus Christ of Latter Day Saints

The couple is survived by their daughter, Sheryl Harrison, and sons, Thomas (Cindy) and Robert (Dawn) Williams, 14 grandchildren, and 17 great-grandchildren, and was preceded in death by a granddaughter, Kassidy Williams of Ohio.

To send flowers to the family or plant a tree in memory of Merrill and Eileen Williams, please visit Tribute Store

Share Your Memory of
Merrill and Eileen
Upload Your Memory View All Memories
Be the first to upload a memory!
Share A Memory
Send Flowers