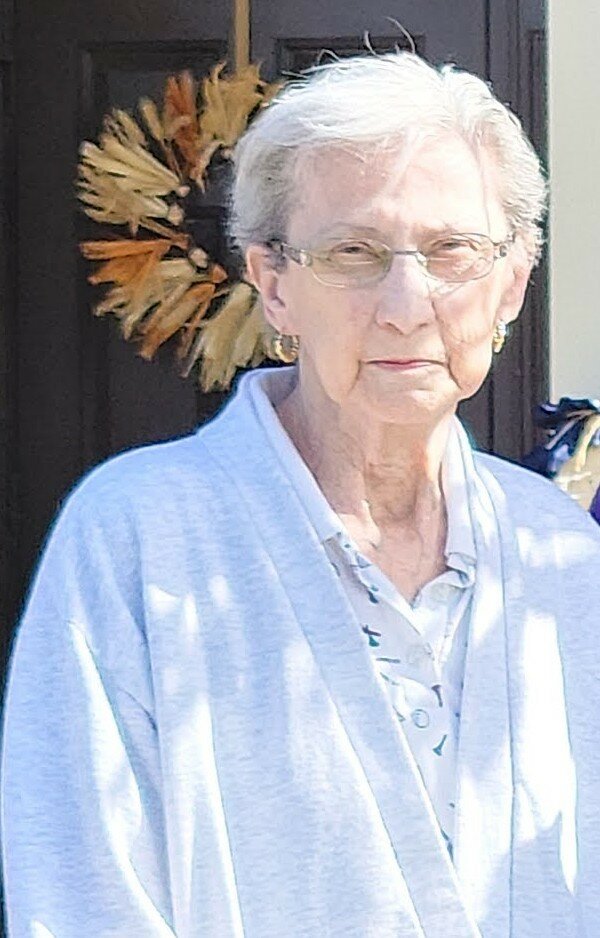 Jennie Louise Courter, born January 25 1935, passed away after a brave fight with Alzheimer’s on November 19 2021 surrounded by her family. She was predeceased by her husband Robert E. Courter, her father Paul Policastro, her mother Louise Policastro her sister Marie Warn and brother Frank Policastro.

Jennie raised her family in Brick NJ, and then moved to Florida, eventually settling in The Villages. She most recently resided in Hoschton, GA. She enjoyed square dancing and playing various card games with her friends in The Villages.

Jennie is survived by her sons: Scott and his wife Lori, Glenn and his wife Gail, and Keith and his wife Cherub. Jennie loved spending time with and was very proud of all her grandchildren: Nikki, Jeanna, Courtney, Julia, Joshua, Chelsea, Anissa and Chloe. She lit up whenever she was around her great grandkids: Carson, Liam, Scarlett, Isabelle, Brody and Anderson.

Jennie was deeply rooted in the Catholic Church; she served as a Eucharistic minister and a Bereavement minister. She also taught at St. Dominic’s in Brick, NJ as well as in Stafford Township Schools. She was later a Professor and then Dean at several Florida colleges.

There will be a service at St. Timothy’s in The Villages on February 18 2022 at 8:30am. In lieu of flowres, donations may be made to Hospice of Florida or Georgia.

To send flowers to the family or plant a tree in memory of Jennie Courter, please visit Tribute Store
Friday
18
February

Share Your Memory of
Jennie
Upload Your Memory View All Memories
Be the first to upload a memory!
Share A Memory
Send Flowers