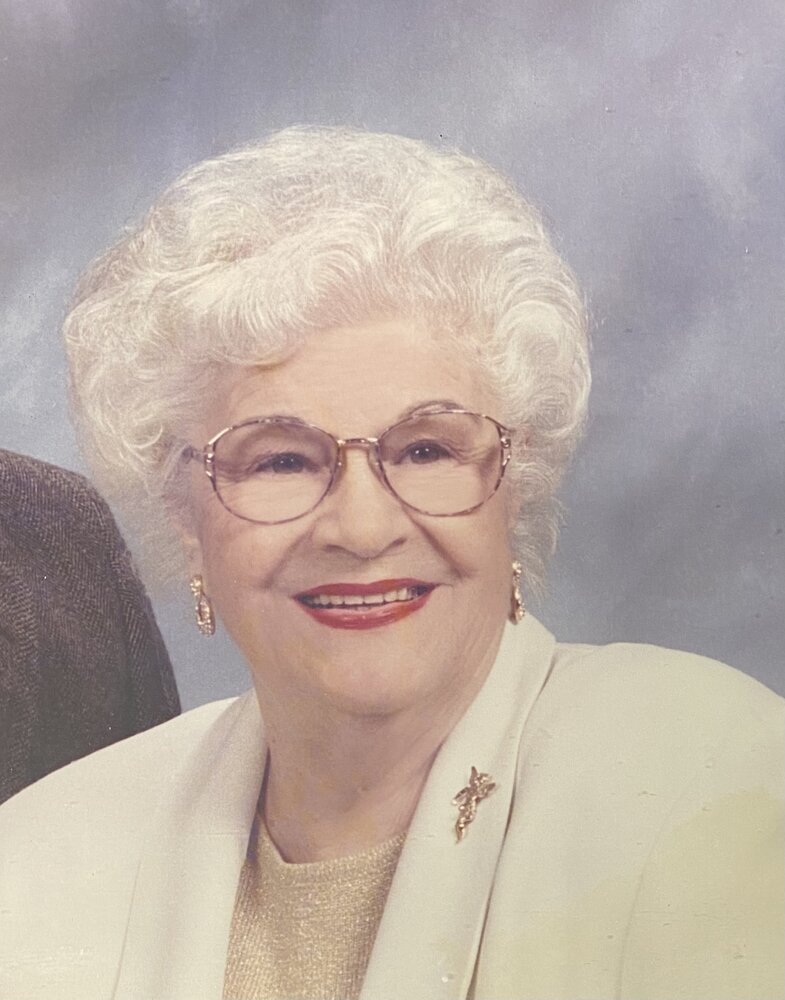 Edmunda Ellen Recanzone, or Mindy as she liked to be called, was 98 years old when she passed away at Estelle’s Hospice House on December 17, 2021.  Born in Paterson, N.J. August 5th, 1923 where she grew up, later moved to West Paterson and then Little Falls and from there she moved to Ocala Florida in 1984.  Early on she adopted the philosophy of President Theodore Roosevelt in “Speak softly but carry a big stick”.  So many of us heard that phrase and endeared hearing it from her.  Mindy fellowshipped at St. Paul’s Methodist Church for many years but what put a twinkle in her eye was going on adventure trips with Laura Kane Travel.  Mindy was survived by her only son Gerald (Jerry) Pascale of Ocala and the only blood niece Barbara Brubaker from Payson Arizona, Grandson Shawn Pascale from Lomita California and Granddaughter Michelle Leigh from Pine Ridge, Florida.  By marriage she is survived by a Granddaughter Ilke Toklu and her two children, then Ginger Recanzone and her spouse Paul David, Cathy and her spouse Steve Konya, Bobby and his spouse Carol Recanzone and Carmen Recanzone and John Brubaker as nieces and nephews, Dennis Leigh as Grandsone-in-law and Suzi as potentially future Granddaughter-in-law, along with numerous Grand Nephews and Nieces galore.

She was preceded in death by, her beloved husband Charles William Recanzone; parents, James and Matilda Luyster; her sister and husband, Matilda and Monty Ambrose; and nephews, Eugene and Clifford Recanzone.

A graveside service for Mindy will be held at Good Shepherd Memorial Gardens on Tuesday, December 28 at 12:00pm. Visitation will be held at Hiers-Baxley Funeral Services on Monday, December 27 from 5:00pm until 7:00pm. In lieu of flowers, donations may be made to St. Joseph’s Indian School P. O. Box 326, Chamberlain SD., 57326. Online condolences may be sent to hiers-baxley.com.

To send flowers to the family or plant a tree in memory of Edmunda Recanzone, please visit Tribute Store

Share Your Memory of
Edmunda
Upload Your Memory View All Memories
Be the first to upload a memory!
Share A Memory
Send Flowers