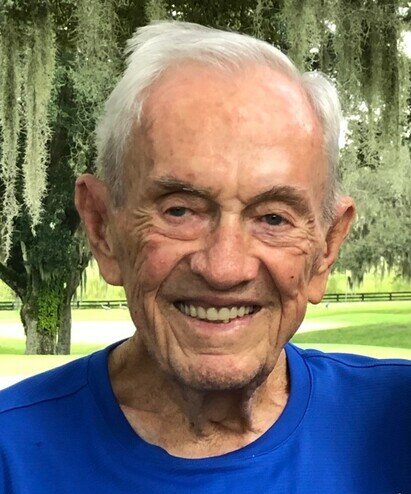 Henry Thomas Traylor, lovingly known as “Tommy”, passed away on Sunday, November 28, 2021. Tommy was born in Blountstown, FL on July 10,1935. He moved to Nashville, TN where he fell in love with his future wife Sue. Tommy joined the Army and served in the Korean War. When he returned from Korea, he and Sue were married and shortly after moved to Tallahassee, FL where he was a Police Officer for the City of Tallahassee Police Department (TPD). He retired as a Lieutenant after 26 years of faithful service. Following his career at TPD, he joined Tallahassee Memorial Hospital as Chief of Security for 10 years until his retirement. Tommy and Sue moved to the Villages in June of 1999 and have made many friends during their time here.

There will be a Memorial Service for him this Saturday, December 4th from 2pm-4pm at the Hiers-Baxley Life Event Center located at 3975 Wedgewood Lane, The Villages.

To send flowers to the family or plant a tree in memory of Henry Traylor, please visit Tribute Store
Saturday
4
December

Share Your Memory of
Henry
Upload Your Memory View All Memories
Be the first to upload a memory!
Share A Memory
Send Flowers