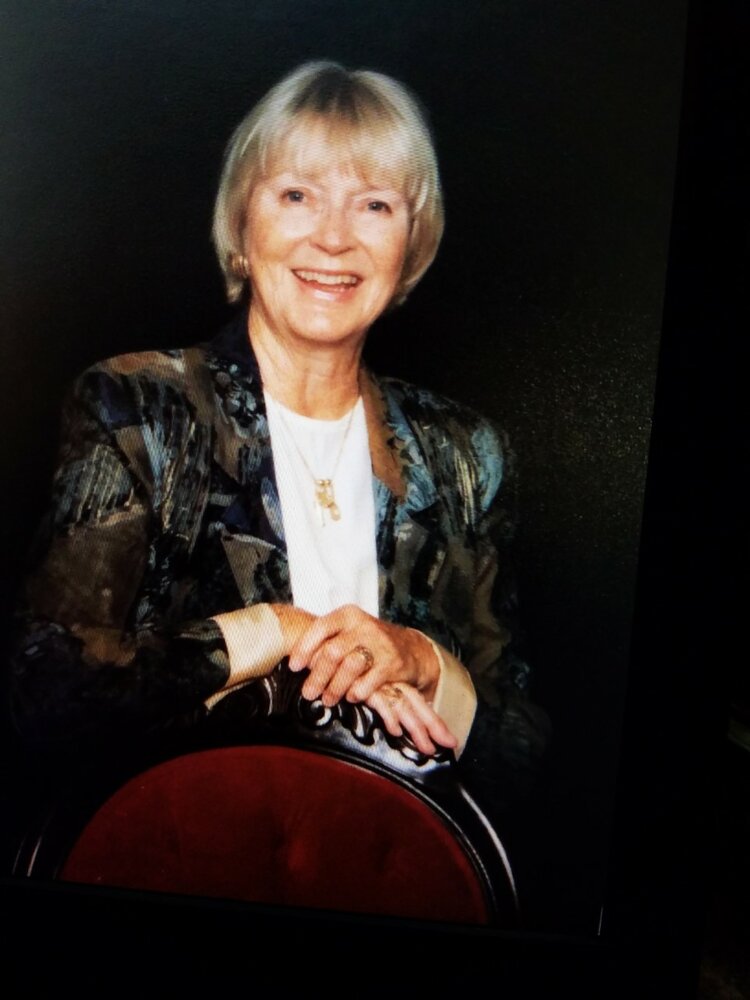 Peggy passed quietly on 5 September. She had just recently turned 94. Peggy was born to Marie and Sydney Cheviot on August 6, 1927 in Hollis, NY. She grew up in Baldwin, Long Island with her brothers Jack, Ed and Bob. She was the baby, and was fiercely protected by her brothers, now all deceased.

Peggy attended Baldwin High School, Class of '46. She played basketball there, and was a member of the team that played in the first all girls game at Madison Square Garden. They were trounced by a team that shall remain nameless.

It was during this period that Peggy's lifelong infatuation with Bing Crosby began. She and a high school buddy met Bing once, but Peggy was too nervous to approach him, yet alone get an autograph.

Following graduation, Peggy had a brief stint as a model for fashion and romance magazines (due to her dark tresses she was usually cast as the "other woman").

In 1948, Peggy landed her dream job as a stewardess with American Airlines. One of her regular routes was the red eye between NYC and Chicago. This was the flight many entertainers booked when traveling from show to show. It wasn't unusual for Peggy and her lucky passengers to find themselves enjoying an impromptu performance by the likes of Martin and Lewis, Gene Kelly, Milton Berle, Danny Kaye, Jimmy Durante and others. Sadly, Bing never booked the flight. She retired in 1951, and became a lifetime Kiwi.

Peggy married Ernest H Dunham 21 October 1951. The early years of their marriage saw Ernie serving in the FBI, with several relocations from NY to VA then back to NY. They settled in Huntington, Long Island where Peggy raised her seven children: Ernie, the twins Gail and Gary, Jim, Bob, Kathy and the "baby" John.

Peggy was an active tennis player and later golfer. She loved to paint. In 1997 her watercolors were exhibited at a show sponsored by the Hollywood Art Guild. She was awarded first place and two honorable mentions.   Peggy is survived by her husband Ernie, her seven children and ten grandchildren.Her laughter and wit will be missed by all.

To send flowers to the family or plant a tree in memory of Margaret Dunham, please visit Tribute Store
Monday
20
September

Share Your Memory of
Margaret
Upload Your Memory View All Memories
Be the first to upload a memory!
Share A Memory
Send Flowers