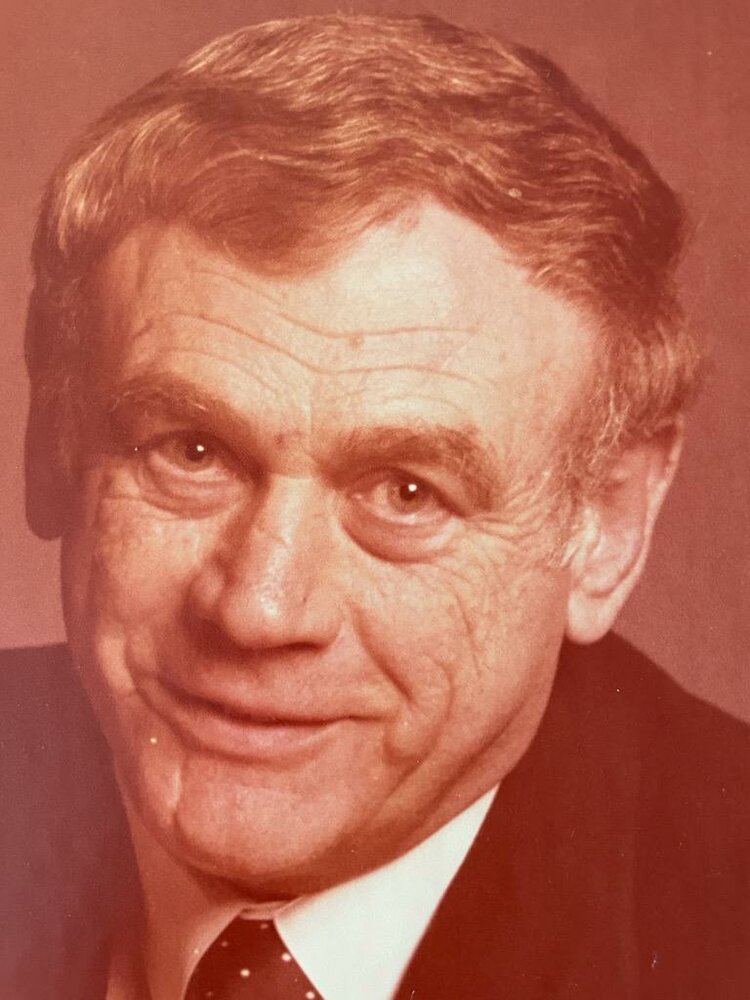 It is with heavy hearts that the Hack family must share the passing of our patriarch, George Joseph Hack, 93 years old, at his home in The Villages, on August 30, 2021. He was surrounded by his loving family, and his angel, Hari. George was born to George Sr. and Anna Hack in New York on September 9, 1927. He was the dedicated older brother to Alfred T. Hack. He graduated from Newtown High School in 1945. He was an extremely gifted athlete and looked forward to a career as a professional baseball player when an injury cut his dream short. He later enlisted in the Amy and served in the Philippines during World War I1. His family never tired of his stories of that time in his life. He married the love of his life, Doris, on April 23, 1950. They shared a home with his beloved father in law, Stephan Meichty. In 1954, they moved their growing family to Massapequa Park, NY. There they raised 8 children. Later they moved to south Florida and finally settled in The Villages in central Florida where they've lived for the last fifteen yeas. In 1961, George started Logus Manufacturing Corporation,which he proudly passed on to his three Sons upon his retirement.This business went from a small part time endeavor to an extremely Successful company which employed many people over the years because of his talent, hard work and perseverance.Besides his family, golf was his passion. He spent many happy and memory filled years with family and friends at Indian Hills Country Club in Fort Salonga. He passed his love of sport, particularly golf, on to his family. George is survived by his wife, Doris, his children Susan (John), Denise (Mike), Karin (Bobby), Debbie (Neal), Steven (Kim), and Tom (Thuy), Nancy (Jim), and per-deceased son George S. He was a loving grandfather to 30 grandchildren, and 26 great grandchildren. He will be fondly remembered by many other relatives and dear friends. In lieu of flowers, please consider a donation in his name to St Jude or Wounded Warriors. George was a larger than life individual who has left a huge mark on our world. He will be missed by all who knew and loved him.

To send flowers to the family or plant a tree in memory of George Hack, please visit Tribute Store