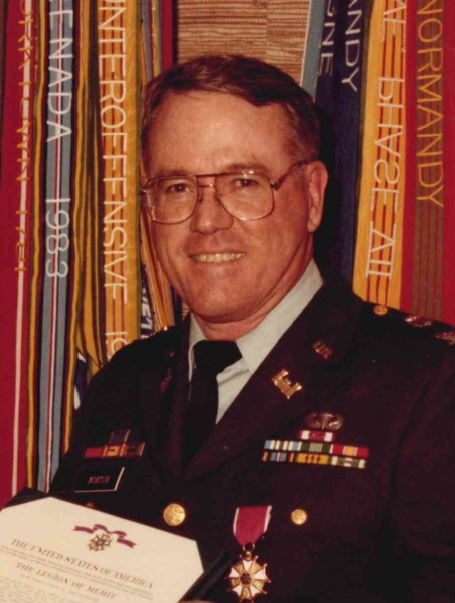 On Sunday, May 16, 2021, Graham J. Norton departed the bonds of earth to join his beloved wife Midge and son Scott in the arms of the Lord. Born in Pawtucket, RI in December 1934 he was raised in Pawtucket, West Roxbury, MA, Endicott, NY and Bristol, CT where he graduated from Bristol High School in 1952. He attended the University of Rhode Island where he received a BS in Industrial Engineering in 1958. In 1972 he received a Master of Science in Engineering from Arizona State University.

He is survived by his daughter Kelly Brass, grandson Alexander, and grandson Jason and his wife Melissa and great-granddaughter Elizabeth, son Michael of Reston, VA and son Andrew and his wife Leslie and grand-daughter Jaylyn of Bedford, TX.

He married his wife Maryan at St. Claire’s Catholic Church in Misquamicut, RI on August 30, 1957.

He entered the United States Army in 1958 where he served for 30 years with the US Army Corps of Engineers. He served tours in Korea, the Republic of Vietnam and Bolivia, SA as well as numerous military installations throughout the US. Assignments included; Deputy District Engineer, Baltimore District, US Army Corps of Engineers, Commander, 76th Engineer Battalion, Ft. Meade, Maryland and Director of Engineering and Housing at Ft. Meade, MD and Ft. Campbell, KY.

He retired with the rank of Colonel in 1988 and moved to Montgomery County, Maryland where he served as Director of Facilities and Services and later Director of Public Works and Transportation for the county.

He retired from public service in 1998 and moved with his wife Maryan to The Villages, FL. He continued his life of public service by serving in a variety of roles with the Tierra del Sol South Neighborhood Association. He enjoyed reading, golf and bridge and had a keen interest in national policy and politics as well as foreign affairs.

A memorial service will be held on Saturday, May 22, 2021 at 10 am, located at Hiers-Baxley Funeral and Cremation Life Event Center, 3975 Wedgewood Lane, The Villages, FL 32162. Interment with military honors will be at Arlington National Cemetery at a later date.

In lieu of flowers please make donations to a veteran’s charity of your choice.

To send flowers to the family or plant a tree in memory of Graham Norton, please visit Tribute Store
Saturday
22
May

Share Your Memory of
Graham
Upload Your Memory View All Memories
Be the first to upload a memory!
Share A Memory
Send Flowers