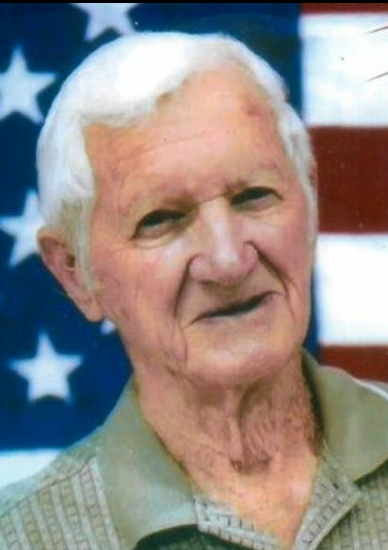 Harold Edward Ostrand, 95, of Ocala, passed away on April 27, 2021 at Estelle's Hospice House, Ocala, Florida. He was the husband of Dolores H. Ostrand who preceded him in death on February 18, 2016.

He was born in Chicago, Illinois, a son of the late Fred and Alice Ostrand.  A veteran of the U.S. Navy, he served proudly during World War II. He was member of Local 21 Bricklayers Union in Chicago.  He enjoyed his membership in the American Legion and held leadership roles in the Smith Lake Shores Homeowners Association for many years.  Harold lived at Marion Woods and was active with the community there as well.

Harold is survived by daughters, Connie Goodrich of Ocala, FL, Karen Zeller of Denver, CO and son, Mark Ostrand of Carol Stream, IL. He has eight grandchildren and seven great-grandchildren.  He is further survived by his beloved Mary Jascenia.

A Memorial Mass will be held on Friday, May 14, 2021 at 10:00 AM at the St. Theresa Catholic Church, Belleview, FL followed by Military Honors in the church courtyard.  Inurnment will follow at 2:30 PM at the Florida National Cemetery, Bushnell, FL.  Arrangements entrusted to Hiers-Baxley Funeral Services, Belleview, FL.  Condolences may be left at Hiers-Baxley.com

To send flowers to the family or plant a tree in memory of Harold Ostrand, please visit Tribute Store
Friday
14
May

Share Your Memory of
Harold
Upload Your Memory View All Memories
Be the first to upload a memory!
Share A Memory
Send Flowers