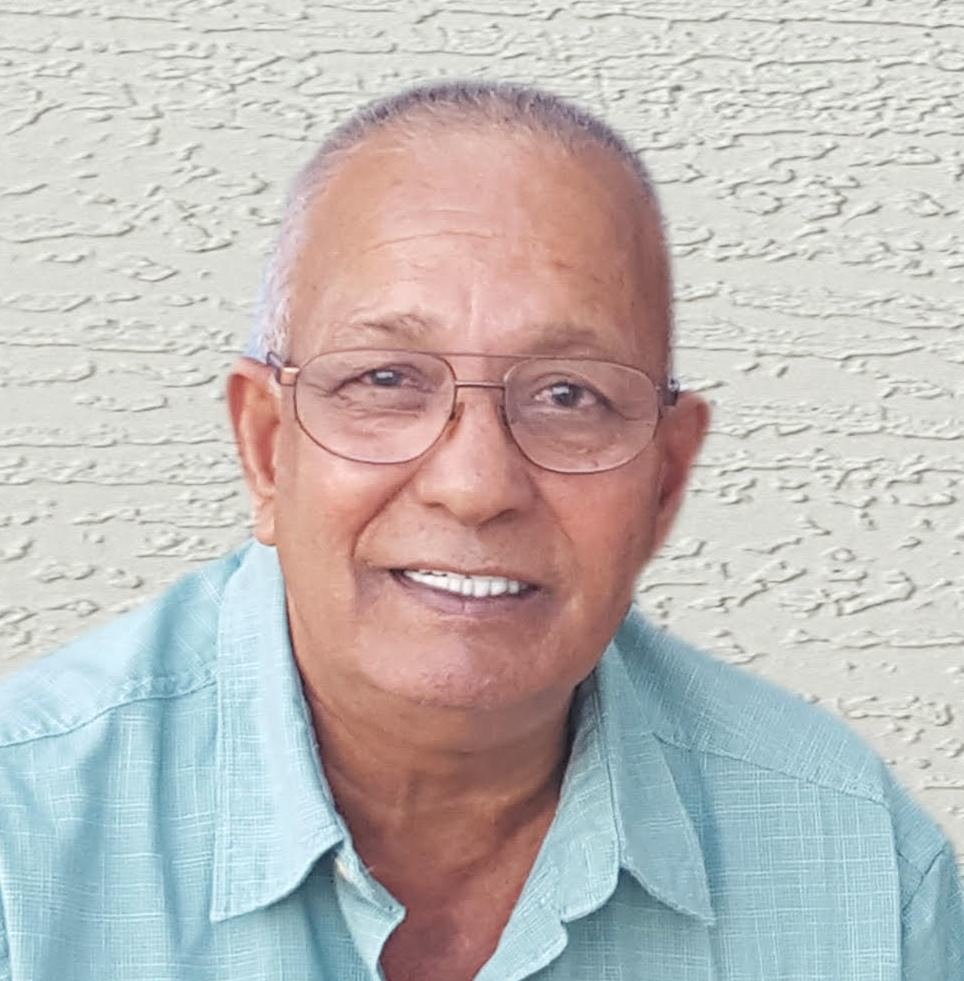 Jagarnauth Rai better known as Victor Rai, 73 years of age passed away on April 12th, 2021 at West Marion Community Hospital in Ocala, FL. He migrated to the U.S. in the late 60’s settling in New York. He also lived in NJ, WI and FL, while choosing to retire in Ocala, FL 11 years ago.

He was born in Alness, Guyana. He was the son of Alan & Rosa Roy. He is survived by his companion Lily; his children: Victor, David, Melissa and Michelle; his daughters-in-law: Sally and Anne; his grandchildren: Michael, Justin, Nicholas, Reanna, Aaron, David, Christopher, and Kavan; his great-grandchildren: Julian, Jacob, Jayla, Jayden, and Chandler; his siblings: Indra, Suresh, Naresh, Pamela, Boogie, Ashwattie, Anita, Radesh, Usha and Sharmila.

Victor proudly served in the U.S. Army National Guard as a Tank Turret Mechanic for six years achieving the rank of Sergeant while earning the award: Sharpshooter Badge, Rifle M16A1. He was a jack of all trades, skilled in carpentry, cabinetry, automotive and marine mechanics, printing press and industrial machine operations. He loved spending time with his family, enjoyed all things boating, fishing and hunting while his preferred method of cooling down was knocking a cold one or two.

He was compassionate and a generous soul to anyone who he encountered. He was loved by many and will be dearly be missed by all. May he rest in eternal peace.

To send flowers to the family or plant a tree in memory of Jagarnauth Rai, please visit Tribute Store

Share Your Memory of
Jagarnauth
Upload Your Memory View All Memories
Be the first to upload a memory!
Share A Memory
Send Flowers