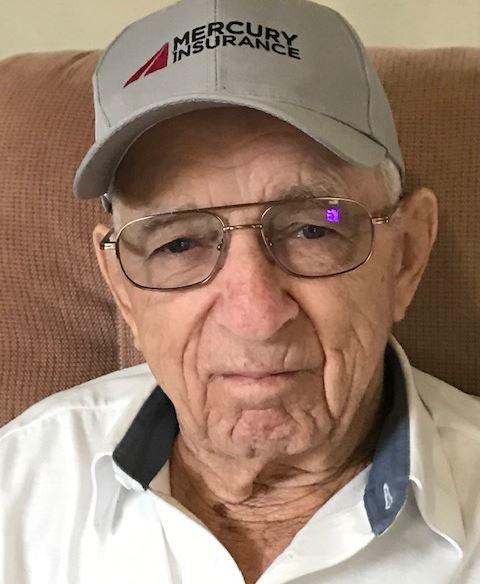 Leonard J. St. Vincent, of The Villages, Florida passed away on Thursday, March 25, 2021. He was 95 years old.  He was a resident of The Village of Country Club Hills since 1986.  Prior to moving to Florida he resided in Gladstone, Michigan in the Upper Peninsula.

Leonard was born in Aurora, Wisconsin to the late Wilfred and Carolyn St. Vincent.

He was a proud WWII veteran and served in The Merchant Marines from 1944 –1945 and as a Sargent in The United States Army in 1945.  He said of his service “I didn’t hesitate in volunteering for the service.  I appreciate my service in the Merchant Marines more than the Army because I think my job was more important.” Leonard treasured his experiences on an Honor Flight through The American Legion Post 347 in October 2017.

He also loved the game of golf and was very proud of his ability to play into his 90s. Leonard also enjoyed baking in his later retirement and would share his creations with neighbors.  He would also be heard singing to himself and composed an original song about how he met his wife, Ann.

Before retirement, Leonard became a Master Plumber and opened his own business, Great Lakes Plumbing & Heating in Gladstone, Michigan.

He was preceded in death by his wife Ann St. Vincent.

Services are being arranged for a later date.  He will be buried alongside Ann in Michigan.

Share Your Memory of
Leonard
Upload Your Memory View All Memories
Be the first to upload a memory!
Share A Memory
Plant a Tree