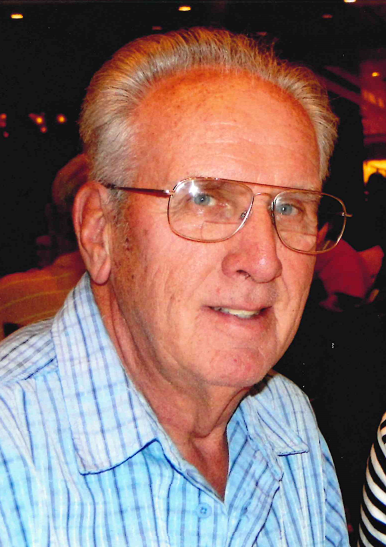 ALFRED "AL" JOSEPH DOIRON passed away peacefully at Elan Spanish Springs on March 19 at age 82.  First born to Sylvester A. and Blanche Doiron in Cambridge, MA on July 30, 1938.  Started work at age 12 delivering groceries with his red wagon, then had a paper route and later a supermarket clerk job, an ambitious young man.  Al, known as “Sonny” in his youth, attended Notre Dame de Pitie grammar school, a French parish community where families knew each other.  He and his wife graduated from 8th grade the same year.  He then attended Rindge Technical High School (all boys), where he studied electronics.

After high school Al began employment at MIT Lincoln Laboratory in Lexington, MA in 1957.  During his many years as an electronic technician he assisted in the Doppler Radar system with an MIT student and he traveled to many radar sites across the USA.  Al was employed at MIT LL for 39 years, his last 12 years as an administrative staff.  Al attended Northeastern University in Boston, MA.  He was a devoted son to his parents and his in-laws, a devoted husband and father to his family and a devoted nephew to his Aunt Marion, whom he brought to FL from MA and was a helpful and kind neighbor (shoveling snow for example).  He served in the Army Reserves from 1958 to 1962, being on active duty in 1961 for the Berlin Crisis.  Married his devoted wife Anne Marie Gagne on July 9, 1960 in Cambridge, MA at Our Lady of Pity Church.  Four handsome, smart sons came along from 1961 to 1977. Dennis Alfred, Kenneth Richard, Michael Thomas and Darryl Joseph.

Al’s volunteerism included being a Eucharistic Minister at St. Mary’s in Billerica, MA where they bought a home in 1965.  He was PTA president, Little League Coach, Cubmaster of a large pack of over 100 cub scouts, was an ELK member at the Billerica Lodge and was chosen “ELK of the year” in 1988.  He and Anne took ballroom dance lessons and enjoyed many years dancing and socializing with their Elk friends.

Moved to The Villages in 1997 and enjoyed many good times with the very active and fun Palo Alto Village Club for 20 years.  Al was an avid golfer, played bocce (were champs 1 year) took square dance lessons and enjoyed those times with friends, as well as music at the town squares and shows at recreation centers.  He was in a couple of Village Musical Company shows with his wife, Anne.  He became a 4th degree Knight with St. Timothy’s chapter and was a member of the American Legion where they sang karaoke, as well as at recreation centers.  He had the pleasure of singing 2 songs at the Orange Blossom Opry in Weirsdale FL.  Al and Anne traveled to Canada, Florida, Bermuda 3x, Aruba, enjoyed East West and Southern Caribbean cruises, Panama Canal, Hawaii and Alaska, trips to Nashville, Gatlinburg TN and a river boat cruise to New Orleans and Mississippi.  They moved to Elan Spanish Springs in May 2016 since his health was declining.  He walked to the Town Squares every day at first, made a new home and friends and enjoyed the camaraderie in the dining room.  They started a karaoke there and friends came in to sing and dine with them.

Survivors are his devoted wife of 60 years, Anne; sons Dennis (Patricia) of The Villages, Kenneth (Michele) of CT, Michael (Maura) of MA and Darryl (Amy) of MA.  Grandchildren to Pepe are Ariana, Nadia, Haylee, Griffin (all of MA) and twins Matthew & Benjamin of CT.  Predeceased by parents and three younger siblings: Anne E. Theriault, William A. Doiron and Deborah Cappucci.  Al suffered from Parkinson’s disease, other issues and succumbed to the worsening of COPD under the great care of Elan and Compassionate Care Hospice.  He is missed by many and is enjoying his Heavenly Home.

Share Your Memory of
Alfred "Al"
Upload Your Memory View All Memories
Be the first to upload a memory!