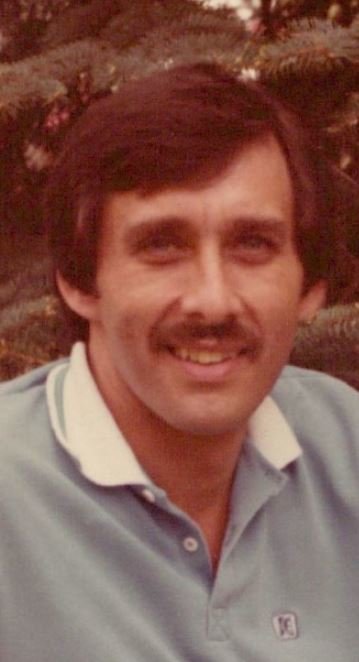 Charles Hoffman, of the Villages, passed away suddenly, Monday March 15th, two days after his 77th birthday. Charles was pre-deceased by his parents, Kitty and Joseph Hoffman of the Bronx, New York.

Charles is survived by his wife, Hellen, son Evan and wife Stacey and his two beloved grandchildren, Jacob and Lara. Charles leaves behind two sisters, Diane and husband Matt Greco and their two daughters, Carol and husband Bill Wittke and their three sons.  There are also 3 great-nieces and 5 great-nephews.

Charles grew up in the Bronx, NY graduated from New York University School of Commerce with a B.S. in Accounting.  He worked many years as an independent  CPA and also held many positions in the Corporate World.   While starting out as auditor for Touche, Ross & Co(now, Deloitte & Touche) and, after  moving to Florida, he spent 10 years as VP of Finance for Versatile Investment Properties, a Residential Real Estate Developer  in Palm Beach County.   He was Director of Accounting for 5 years at the Centre For The  Arts in Boca Raton, FL. Charles retired in 2016 after 17 years as Director of Finance for Caridad Center, a provider of health care for  migrant workers and their families.

Charles had a life-long love affair with horses from his first pony ride as a child to his high school job as a ‘hot-walker” of standardbred horses at Yonkers Raceway in the Bronx to the breeding and racing of his own horses.  He and his wife, Hellen, owned a small farm in Palm Beach County where they bred their horses and subsequently trained and raced them under the name of Hoffman Racing Stables.  They raced in Pompano Beach, Florida with trainers, Al and Art Kish and Lynn Proesel.  Charles worked hard and learned to drive and warm up his own horses before a race.  They were lucky enough to have a number of wins and, finally, to breed and raise a champion.  “Alice Springs” was born in 2005 and started her racing career as a 2-year old pacing filly in 2007.  She raced in New York with Tom Lehman and, for a time, was the owner of the World record for 2-year old fillies.  She was Florida Standardbred Champion for 2 and then 3-year old pacing fillies.   She never lost a race for the rest of her career.  Charles and Hellen had raised their champion and retired from breeding and racing while still owning Standard breds until moving to the Villages.

Dogs, especially German Shepards were another passion. “Tika” was the first, following by “Kitty” and currently, “Ella”.  Cannot  forget the dog that adopted Charles, “Scraps”.  In addition to the canine friends Charles had two ducks,  “Petey “  and “Pebbles”  and a long-time pet “Mrs. T”, the turtle.

Charles was not just a man of the land, he was also a man of the sea and loved fishing.  He spent a lot of time fishing with his father and later with his son, Evan.  They spent a lot of time on the water from the Florida Keys to Lake Okeechobee and deep sea fishing.   His love of the sea evolved into a love of cruising.  When he and Hellen were married, they really began their cruising life.  Hellen worked in travel as a Luxury Travel Consultant, specializing in cruises which was very helpful in making Charles’ love of travel a lot easier.  As her co-host for many select groups of travelers, they were able to cruise often to many world-wide destinations, From the Caribbean to Alaska, the Americas, Europe, Scandinavia and Russia.  They also enjoyed cruising America’s Rivers.  Stateside, their favorite destinations were New Orleans and New York City.

Charles and Hellen moved to the Villages from Palm Beach County in 2017. Not a golfer or a joiner, Charles was an avid trivia player and played on several teams.

Charles will forever be remembered as a loving husband, father, and grandfather.  Besides their fishing expeditions, he and Evan enjoyed attending and watching sporting events.  At one time, he even coached Evan’s youth soccer team.  Charles cherished the time he spent with his grandchildren, Jacob and Lara.  They looked forward to spending time with their grandfather and were always planning their next visits.  They will miss their grandfather greatly and the memories will be indelibly etched and cherished for years to come.

A Celebration to honor Charles’ life is being planned for the near future. In lieu of flowers the family asks your support of Peggy Adams Animal Rescue League of Palm Beach County.  www.peggyadams.org

On-line condolences may be left at the Hiers-Baxley web site, www.hiers-baxley.com

Share Your Memory of
Charles
Upload Your Memory View All Memories
Be the first to upload a memory!