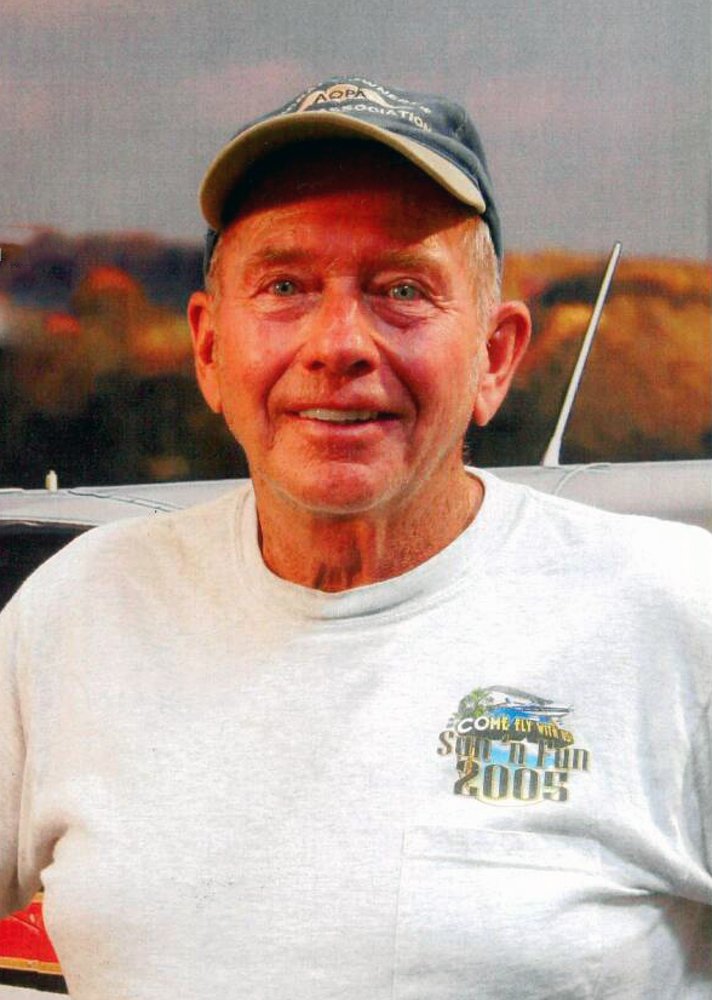 Born June 26, 1934 in Bangor, Maine to the late Kenneth Stewart and Mary P. (McCorrison) Stewart. He is preceded in death by his brother; John I. Stewart, and his wife Elizabeth Ann Stewart.  He is survived by two children, Susan Stewart Lynch and Donald Edwin Stewart.

Ed enlisted in the U.S. Navy in 1955 to serve his country and work towards his mission of one day becoming a pilot. His love for service, adventure, and aviation began a long naval career of 22 years.  His tour included stations in the United States and Europe included Keflavik, Iceland, Bermuda, Puerto Rico, Barbados, Cuba, and Spain.  He began in the Airborne Early Warning Squadron 15, re-assigned to Patrol Squadron 8, and ended with Patrol Squadron 30 as an Aircraft Mechanic stationed at Patuxent Naval Air Station, Maryland.  His specialized training as a P3 Systems OMD Technician put him on board a history making flight.

In 1957 he was assigned duty at Patuxent River Naval Air Station in St. Mary’s County, Maryland where he met the love of his life, Betty Ann.

In 1959 September 7th, Edwin married Elizabeth Ann Gerek (known as Betty Ann to friends) at St. Michaels Catholic Church in Ridge, Maryland.  They both loved roller skating and water skiing and enjoyed showing off their talent.

After a short time of moving around as a young military family they settled in St. Mary’s City, Maryland, to raise two children. Ed built his own home with help from neighbors. The home was built up on a hill surrounded by farm land from his wife’s family.  Ed continued to travel around the world allowing his family to remain at home in St. Mary’s City.  When home from duty, Ed enjoyed time on the water. He loved to fish, go oystering, and waterskiing.   Every summer vacation he shared his knowledge and love for Maine with his wife and children returning to his family camp where he grew up on Pushaw Lake.

He transferred from the Navy to Fleet Reserve in 1975 and began new experiences in the private sector working for contractors who support the military, Grumman Aerospace and Dynalectron Corporation Aerospace and he worked at the Patuxent Navy Flying Club.

Ed bought his first air plane and he and Betty Ann flew to airshows all over the United States showing off his Cessna antique classic tail dragger.  He won the President’s Choice Award in 1983 at the Horn Point Fly In, Cambridge, Maryland.  There were two annual Fly- In trips Ed never missed, the Sun and Fun Fly- In at Lakeland Florida and the World’s Greatest Aviation Event in OSHKOSH, Wisconsin.  Ed and Betty Ann were volunteers for this event, receiving recognition for their contributions.  In 1990 he and his wife received the Major Achievement Award for Outstanding Service to the Sport of Aviation from Experimental Aircraft Association presented at Oshkosh.

Ed began his own business “Stewart’s Aviation” as a licensed FAA certified A&P/ IA Mechanic, as a commercial and instrument rated pilot doing annual inspections in 1983.  With the motto, “There is no compromise for safety”.   He was known by all who knew him for his meticulous care and passion for doing things right.

Ed enjoyed sharing his knowledge and wanted to foster the growth of aviation. He became the Vice President of Experimental Aircraft Association Chapter 478 in 1982, and was President of Chapter 478 in 1983 through 1985.  Ed volunteered for his local Young Eagles program.  In 2007 and 2010 he received a Chapter Service Award as a Technical Counselor for EAA Chapter 1236 of Weirsdale, Florida.  He was also an active member of the Aircraft Owners & Pilots Association, the Seaplane Pilots Associate, and the NRA.

After losing his wife in 1995, and both children married, Ed continued his aviation passion of flying as much as possible.  Ed enjoyed Florida and moved from Maryland to Winter Haven, Florida.  It wasn’t long before he moved into his dream home when he found an airport community at the sunny Loves Landing, Weirsdale, Florida.   Ed decided to live out his retirement years surrounded by a wonderful community of pilots who love to fly and share their stories of adventures.  He found a loving companion Nita Hodges of Old Town, Florida.  They enjoyed dancing at the Villages, and shared adventures in flying.

Ed Stewart was a pilot, a proud patriot, and a US Navy Veteran who will be lovingly remembered by his family and friends.

A memorial tribute will be held for family and friends at the Loves Landing Aviation Community in Wiersdale, Florida on Saturday, March 20, 2021 at noon.  The family wishes to thank Ed’s neighbors for all their kindness and support.

A  Mass of Christian Burial will be celebrated at a later date for Edwin when he returns home to Maryland at St. Nicholas Chapel located at the Naval Air Station, Patuxent River, Maryland.

To send flowers to the family or plant a tree in memory of Edwin Stewart, please visit Tribute Store

Share Your Memory of
Edwin
Upload Your Memory View All Memories
Be the first to upload a memory!
Share A Memory
Send Flowers