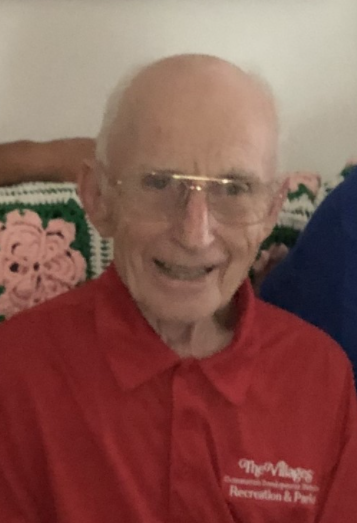 Charles Joseph Monton, 87, passed away peacefully on March 2, 2021 with his wife at his side, at the Ted and Diane Brandley Hospice House in Summerfield, FL.

Charles was born in Riverton Township, MI. to Paul and Bessie (Matejovitz) Monton. He grew up on the family farm and worked as a  dairy farmer. He married the love of his life Marlene Jorissen, and together they raised five children in Pentwater.  They retired to The Villages in Florida the past 25 years where he became active in softball games, becoming a manager for several years where he was well respected and made many friends.

A celebration of life will be held at a later date.

To send flowers to the family or plant a tree in memory of Charles Monton, please visit Tribute Store

Share Your Memory of
Charles
Upload Your Memory View All Memories
Be the first to upload a memory!
Share A Memory
Send Flowers