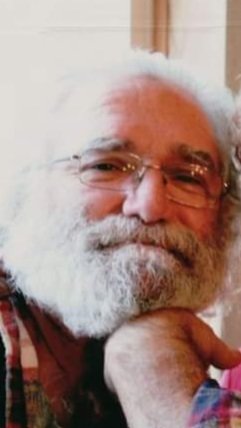 He was born in Stuart, Virginia on November 27, 1950, to the late William G. (Jim) Bowman and Mabel L Wilson Bowman. In addition to his parents, he was preceded in death by his brothers, Kenneth V. Bowman, Donald W. Bowman, David W. Bowman and B. Reavis Bowman and his sister, Linda I. Bowman.

Mr. Bowman proudly served in the United States Air Force where he volunteered for the Honor Guard and participated in 312 military funerals at the end of the Vietnam War.

Mr. Bowman was a retired truck driver. His military service and truck driver career afforded Mr. Bowman the opportunity to visit all 50 states and five countries.

He was an ordained lay minister of the Baptist Church. He loved building and riding motorcycles from an early age. He worked extremely hard all his life and never met a stranger.

A celebration of life will be held at a later date. In lieu of flowers, the family requests that donations be made to a charity of your choice to honor Mr. Bowman.

To send flowers to the family or plant a tree in memory of Carl Bowman, please visit Tribute Store

Share Your Memory of
Carl
Upload Your Memory View All Memories
Be the first to upload a memory!
Share A Memory
Send Flowers