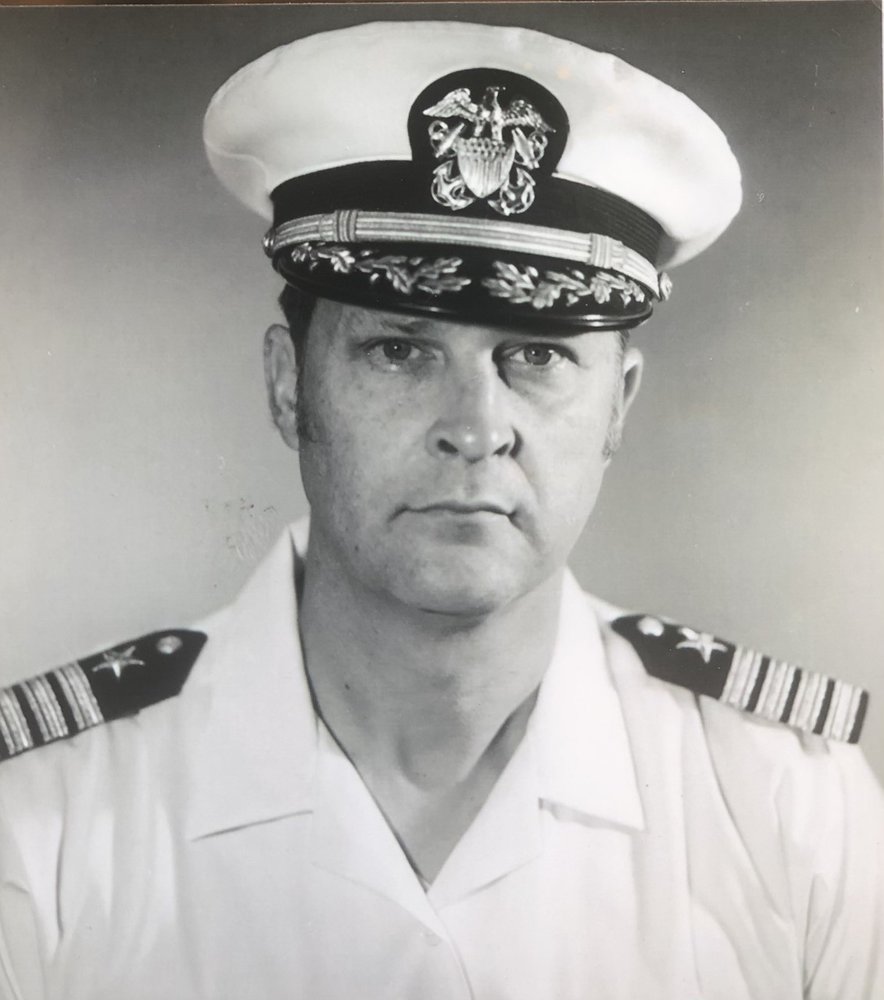 Ernest H. Salter Jr., resident of The Villages, Florida, and formerly of Greendale, Wisconsin, passed away peacefully on February 12, 2021, just days after his 90th birthday.

Ernie was born on February 6, 1931, in the Bronx and grew up in the Great Kills neighborhood of Staten Island, NY.  He attended Brooklyn Technical High School, and during that time was an Eagle Scout and enjoyed basketball.   He matriculated at Johns Hopkins University and the University of Virginia, where he was in Navy ROTC and earned an Electrical Engineering degree in 1955.

After fulfilling his Navy active duty service that included cryptography, Ernie proudly continued serving in the Naval reserve for 26 years, and retired as a Captain in 1984.  Ernie began a long career at General Electric when he joined GE’s management training program in 1958 in Syracuse, NY, where he met his loving wife, Ellen Robinson, on a blind date.  They married on April 11, 1959 in Newark, NY and lived in Schenectady, Milwaukee and Philadelphia before settling in Greendale, WI, where they raised three sons, George, David, and Richard.  The family spent every summer at Camp Cannon on Brantingham Lake in the beautiful Adirondack Mountains, where they enjoyed swimming, boating, and berry picking.

Ernie held various managerial positions within GE Medical Systems Division until 1991, when he retired, and he and Ellie moved to The Villages.  In retirement, Ernie and Ellie loved the adventure of travel throughout the US and abroad, enjoying favorite destinations in Alaska, the Rockies, Hawaii, Amsterdam, Greek Isles, Mexico, Norwegian fjords, the Panama Canal, and numerous cruises.

Ernie always enjoyed a full and active life.  When his sons were younger, he coached many of their teams and attended even more of their sporting events.  Ernie was passionate sports fan, including a Milwaukee Bucks’ season ticket holder, and an owner (one share) of the Green Bay Packers.  He was an avid reader and loved playing golf (3 holes-in-one!), tennis and bridge.  He generously volunteered his time and energy to numerous causes, including the Marquette University High School Fathers’ Club and auction (chair with Ellie), and, while in the Villages, he organized golf outings, served as President of the Wisconsin Club and on the Freedom Pointe Resident Advisory Council.

Special thanks to the staff at Freedom Pointe Healthcare Center, where Ernie lived the last three years and all the dear friends who have supported Ellen & Ernie over the years.

A service will be held and Ernie will be buried at Florida National Cemetery in Bushnell at a later date.  In lieu of flowers, please consider sending a donation to Marquette University High School (https://www.muhs.edu/support-muhs/give-now).

Share Your Memory of
Ernest
Upload Your Memory View All Memories
Be the first to upload a memory!