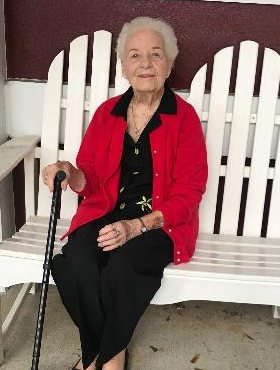 Jean L. Clements, 91 of Ocala, Florida passed away at her home on January 4th, 2021, surrounded by her family. She was born January 23, 1929, the daughter of the late Fred and Margarite (Smith) Gardiner. Jean was a native of Columbus, Ohio and moved to Texas, then to Miami in 1959 and settled in Ocala in 1967.

Jean was in WAF (Women Air Force) in San Antonio, Texas for a year working in telecommunication. Then met and married T. Stewart, the father of her two sons.

Jean worked in real estate with her second husband Bill Tankersley, Jean was active in the Pilot Club and was President from 1978-1979. She was an avid Bridge Player, 1979-1990 and won many tournaments with her third husband Gene Clements. Jean was an Auxiliary volunteer at Monroe Regional for 35 years.

Services for the family will remain private.

To send flowers to the family or plant a tree in memory of Jean Clements, please visit Tribute Store

Share Your Memory of
Jean
Upload Your Memory View All Memories
Be the first to upload a memory!
Share A Memory
Send Flowers