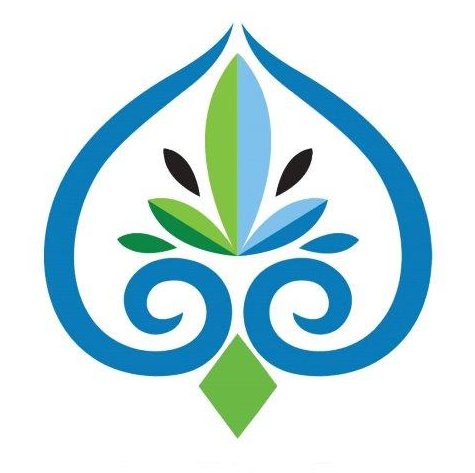 William A. Jackson Sr., an electrical engineer who worked on decades of IBM computers and who helped found the Conservative Party of New York State, died in a hospital in Ocala, Florida after suffering complications from a stroke. He was 93.

The party that was as a conservative response to the rise of moderate-to-liberal New York Republicans in the 60s, Jackson served as Ulster County party chair of the third party known for being of ideas, principled, scrappy and made up of many Catholics – qualities that generally could be used to describe him too.

Jackson sat on the School Board of Kingston City School District during the late ‘70s into the early ‘80s, a conservative voice in a generally progressive county.

Titans of the early conservative movement such as philosopher Frank Meyer and James Buckley – the Conservative Party’s nominee who won a seat in the U.S. Senate in 1970 – frequently visited Jackson’s house, where a statute of the Virgin Mary sat out front.

Meanwhile, Jackson’s career at IBM spanned the era of the mainframe until the early years of the personal computer.

At the beginning of his career at Big Blue, which started in 1955, Jackson managed the installation of mainframes involved the nation’s air defense, such as the mainframe computer system that supported the U.S. Air Force’s Syracuse Air Defense Sector at Hancock Field in Syracuse, New York and the mainframe purchased by U.S. Air Force Strategic Air Command. He was a member of SAC’s automated command and control system office from August 1959 to September 1964.

From September 1964 until his retirement in May 1990, Jackson worked at the IBM plants dotting the Hudson Valley in New York -- plants in Fishkill, Kingston and Poughkeepsie.

Born on Columbus Day 1927 in Providence, Rhode Island, Jackson spent his early years listening to radio programs such as The Lone Ranger and exploring The Dexter Asylum with a schoolmate whose father worked as an administrator at the poor farm before moving to Warwick at age 10.

Growing up beside Narragansett Bay, Jackson weathered the 1938 Hurricane, dug for shellfish, rowed skiffs and worked at boat livery and bait shop maintaining a fleet of 35 boats.

Jackson was 14 when the United States entered World War II but his mother did not grant her approval allowing him join the Navy early because Jackson’s brother was serving in Pacific. So in the meantime, he drilled and camped with the American Boy Scouts, donning the uniform to go on collection drives.

In a letter he sent a grandson working on a school report in 2006, Jackson wrote of his experience, “he collected more aluminum pots and pans from the affluent residents in the Warwick Neck section [than] any other scouts because he could not pronounce the word and the donors felt sorry for him.”

When he enlisted, the navy assigned him to a carrier aircraft service unit as a plane captain for a Grumman TBF Avenger, a torpedo bomber. As the aircraft carrier sailed to Florida so pilots could train at the torpedo range near Puerto Rico and north to Charleston, Rhode Island so they could practice dive bombing near Nantucket, Jackson stayed with the plane when it was parked on deck and kept it ready for flight.

The coldest Jackson ever remembered being was one morning in the North Atlantic when it was too frigid even for the planes to start and he was still ordered to be on deck with his plane.

Jackson served on the Essex-class aircraft carriers USS Bennington (CV-20) and the USS Randolph (CV-15). The ships often sailed into Quonset Point Naval Air Station in Rhode Island, where Jackson could look north and see about three miles away the Warwick Neck Lighthouse, which stood in his neighborhood.

One day, he visited his family and learned it just so happened his high school class was graduating that evening.

“His mother eagerly anticipated watching her son march down the aisle in his cracker jack uniform with all those high school kids,” Jackson wrote in a postscript of that 2006 letter to his grandson. “How mortifying! Oh how he wished he never came home that night. How he wished [there] was some way of backing [out] of this ordeal. There seemed like there was no retreat. As a dutiful and [obedient] son he finally acquiesced to his mother’s desire. He swallowed his pride and with much embarrassment marched down that aisle.”

The war ended before Jackson’s ship could sail out to the Philippines. During his service, he earned the American Theatre Medal and the World War II Victory Medal.

He then completed his coursework at Samuel Gorton High School in Longmeadow, Rhode Island and earned a Bachelor’s degree in electrical engineering from the University of Rhode Island in 1952.

While working for Sperry Gyroscope Company, he served as a civilian tech-rep to the U.S. Air Force, training fighter pilots with the Nationalist Chinese Air Force in Taiwan in 1953 and 1954 how to use the company’s airborne radar and gyroscopic gun sights

Jackson married Margaret Ann Jackson and together the couple had six children before they divorced.

His children remember their father as a lover of the wilderness who stressed family reunions and education.

Their teachers at catholic school may have taught them writin’ and arithmetic, but Jackson made sure to teach his children the reading, using phonics instead of sight reading. Weekly, he would walk with his children a mile or so to the public library in Hurley, New York.

For Easter, he would load up the family in a blue-green Checker Motors car to spend the holiday with his in-laws. During the summers, Jackson drove his family to his boyhood haunts to visit his family. There he took them sailing to Block Island and out to eat clam cakes and chowder.

He built wooden boats, such as a 12-foot dinghy in 1974 that was originally designed by naval architect Nathaniel Herreshoff.

But in the 50s, while working in Syracuse, Jackson first felt the call of the spruce forests and tannin-seeped lakes of the Adirondack Mountains and he returned again and again for about six decades. He went winter camping there with his son, William, when he was just 1 years old. Family camping trips at Long Lake, for instance, were punctuated with bears raiding the food supplies. Once a bear pushed a canoe anchored in the middle of a lake to the shore to feast in the moonlight.

In his retirement, Jackson became a snowbird, towing a fifth-wheel camper between a sportsmen’s club in a corner of the Adirondacks during the summer to a property in the Ocala National Forest in Florida during the winter.

The former electrical engineer bult a cabin in the Adirondacks next to a beaver dam in a place so removed from the lights of civilication that family visiting could study the Milky Way on clear nights.  He often spent his time at the cabin sitting on its wide porch reading.  Jackson kept a reading log, noting what he read and how many pages he consumed a day.  His entries stopped Dec. 23.

He delved into books on conservative philosophy and catholic doctrine. On Sundays in Florida, he would travel 40 miles one way to attend Latin mass.

In lieu of flowers, donations may be made to Children of Hope and Faith (childrenofhopeandfaith.org).

To send flowers to the family or plant a tree in memory of William (Bill) Jackson, Sr. , please visit Tribute Store

Share Your Memory of
William (Bill)
Upload Your Memory View All Memories
Be the first to upload a memory!
Share A Memory
Send Flowers