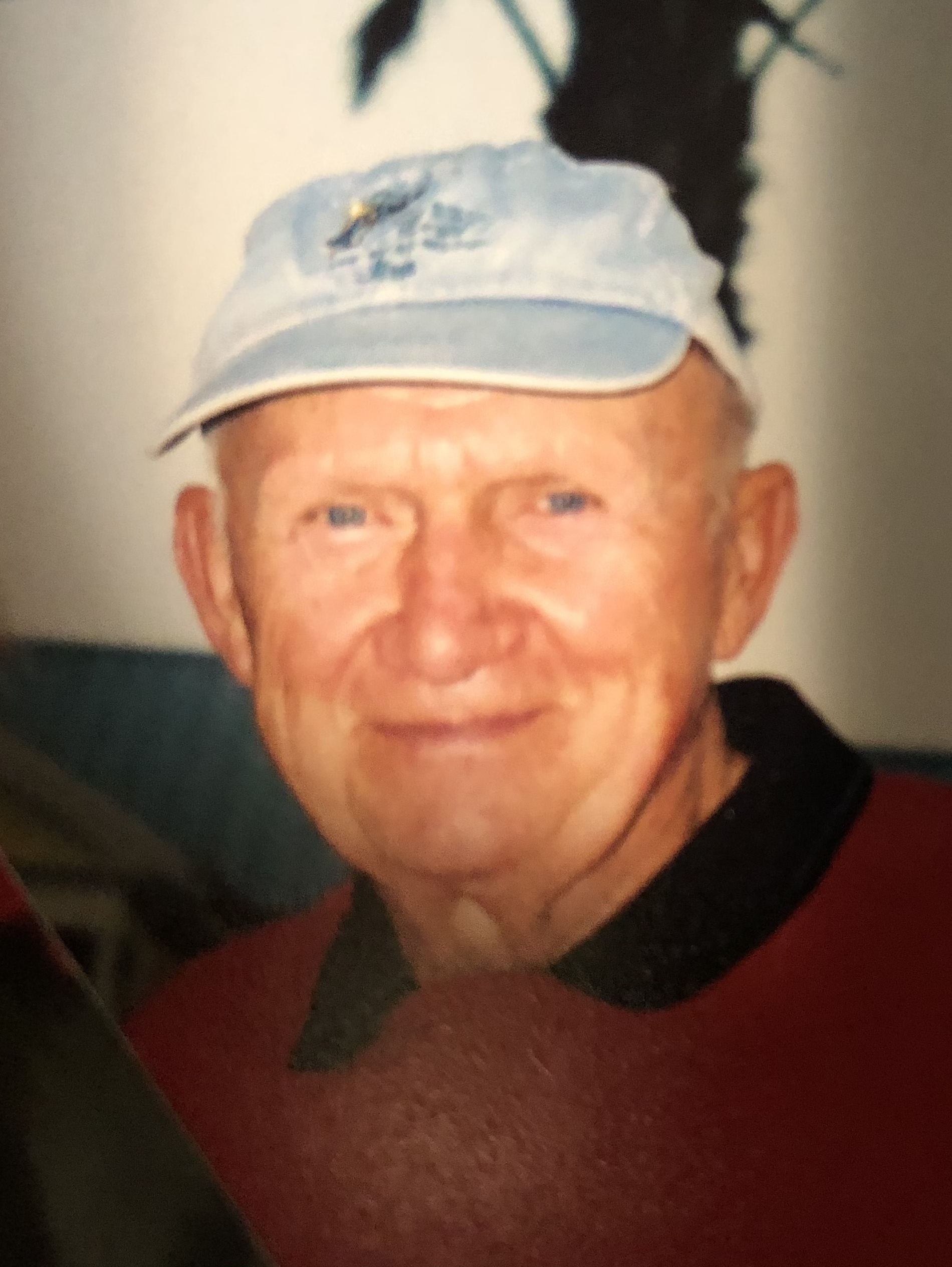 James August Olson 90, of The Villages, FL passed into the arms of Jesus at his home on Saturday, January 2, 2021 from complications related to congestive heart failure.

He was born in Highland Park, MI, the son of Otis & Viola Olson.  Jim graduated from Cass Tech in 1949.  He married the love of his life Betty Snyder in 1950 and they celebrated their 70th anniversary on December 29th.  Faith, family and friends is what Jim valued most.  He and Betty raised their family in Royal Oak, MI and were founding members of Northwood Baptist Church.  Jim was a giving servant leader and poured himself into serving in any way he could to further the mission of the church.  He was a thinker, a doer, a planner, a promoter, a come-along-side person.  If you gave him a job, you could count on it being done with excellence.

Jim began his 38-year career at Chrysler Corporation as a trainee in Engineering Services in 1949.  He served two years in the United States Navy in Washington D.C. as an Honor Guard representing the Navy in ceremonial functions including the Presidential Inauguration and military funerals at Arlington Cemetery.  He returned to Chrysler in a variety of assignments in the Engineering, Manufacturing and Service Divisions which included Quality Manager at Jefferson Assembly Plant.  He retired from Chrysler in 1988 and worked until he was 70 years old at auto suppliers, Schlegel and BTR.

After retirement, Jim & Betty spent 3 years living in Port Austin, MI as active members of the community before moving to The Villages, FL in 2004.  While there, they enjoyed daily bike rides and Jim played tennis and golf multiple times each week.  They remained very active in their local church, plus volunteered weekly at the Leesburg food pantry, Samaritans Purse shoebox ministry and local hospital.

Jim maintained his sense of humor to the very end of his battle with heart issues.  He is survived by his wife Betty of The Villages, FL and his two children James and MaryLee (Jackson) Olson of Fort Wayne, IN. and Mark and Lisa (Fought) Olson of Spring Arbor, MI.  He is also survived by five grandchildren: Lindsay (Olson) Noll and husband Brad from Fort Wayne, IN, Shelby (Olson) Knight and husband Dave from Pasadena, CA, Nathan Olson and wife Jessica from Brookfield, WI, Josh Olson and wife Tanya from Berkley, MI, Lucus Olson and wife Ally from Denver, CO and eight great-grandchildren: Breanna, Delaney and Trey Noll, Tyler and Angela Knight, Jack and Evelyn Olson and Benjamin Olson.

In lieu of flowers, the family is requesting donations be sent to Tri County Baptist Church in Lady Lake, FL.

To plant a tree in memory of James Olson , please visit Tribute Store

Share Your Memory of
James
Upload Your Memory View All Memories
Be the first to upload a memory!
Share A Memory
Plant a Tree