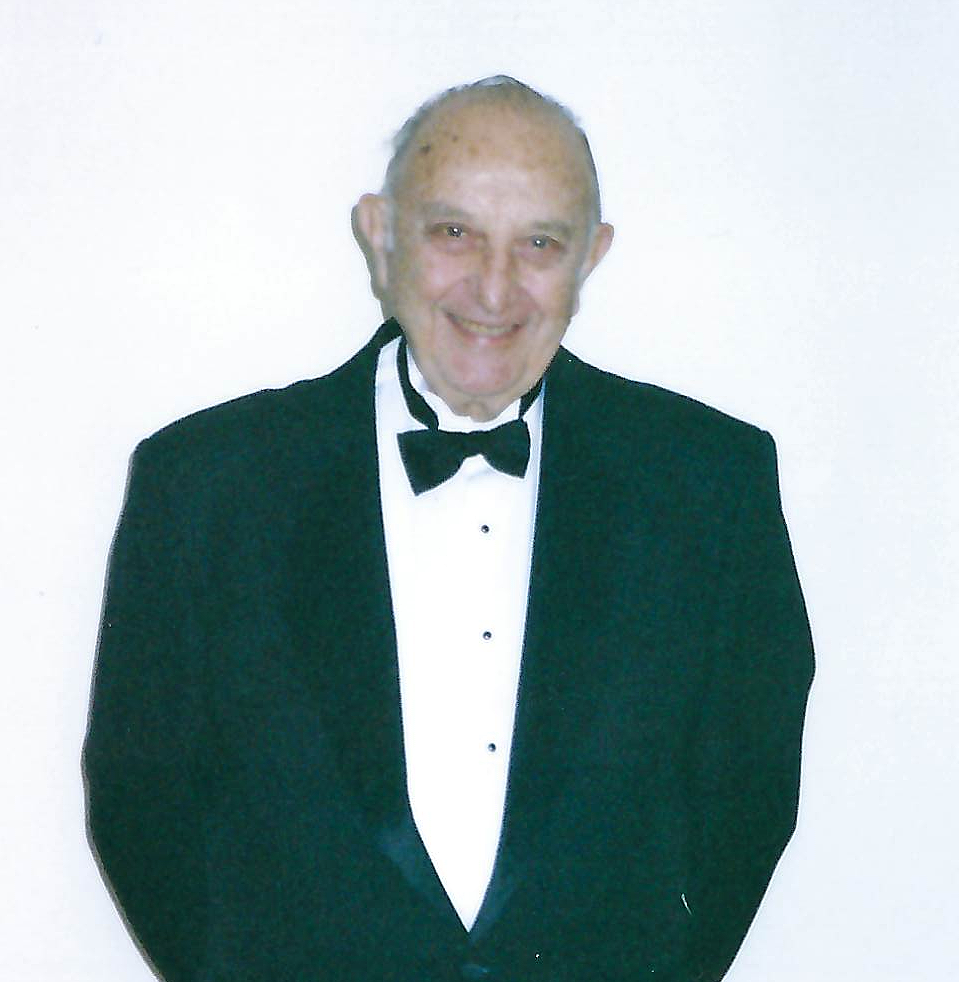 It is with a heavy heart that we announce the death of Nicholas Gismondi who passed away surrounded by loved ones at home in Ocala on December 30th, 2020.  He was 96 years old.

Nick was born in New York City on February 8, 1924.  He graduated from Jamaica High School in Queens, New York.  He then received an associate degree from Baruch College in Manhattan. Nick married his wife Josephine on May 15, 1949, they were together 71 years and raised 3 children.  Nick was an electrical estimator for over 25 years and then became a purchasing agent.  All his work was done manually before computers came on the scene.  Nick enjoyed his work and often did side electrical jobs for family, friends, and the church parish.

Nick was well known in his hometown community as Mr. G.  He was a youth basketball and baseball coach and was the Athletic Director for St. Adalbert’s Parish for over 20 years.  He was a fixture in the gymnasium every weekend.  Nick had a beautiful voice and sang often.  He was in the church choir and performed in plays at the parish.  He was a member of the Parish Council and the Knights of Columbus.  He retired at 65 and moved to Palm Harbor Florida as a snowbird where he was active in the Italian American Club of Greater Clearwater.  With this group he continued singing, played Bocce, golfed, bowled and attended bi-weekly dinner dances with his lovely wife.  For the summer months Nick and Josephine would return to their second home in the Poconos. Nick joined the Italian American club in Pennsylvania as well and participated in many events.  Nick and Josephine were Bocce Champions many times in the competitive league in Hemlock Farms. In Pennsylvania Nick and Josephine lived next door to his sister Rose and enjoyed seeing lots of family in the summertime. Nick was a true family man and just wanted us to be happy. He was a die-hard Yankee fan.   In retirement he was able to go and see his grandchildren play sports too.  He especially enjoyed the basketball games. Nick genuinely enjoyed his retirement. Nick and Josephine enjoyed traveling and took several trips with friends and family. Nick and his wife moved to Ocala three years ago to be closer to their daughter, JoAnne.

Nick was predeceased by his mother and father Angelina and Angelo Gismondi, his sisters Grace Leone, and Mary Brier and his two beloved sons Ralph and Nicholas Gismondi who died last April.

To send flowers to the family or plant a tree in memory of Nicholas Gismondi, please visit Tribute Store

Share Your Memory of
Nicholas
Upload Your Memory View All Memories
Be the first to upload a memory!
Share A Memory
Send Flowers