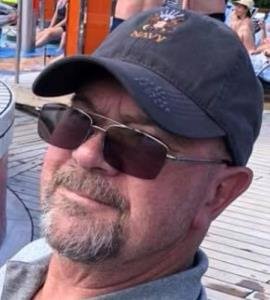 Gary Lee Barrus, 74, of Lady Lake, FL passed away at home surrounded by his loved ones on December 12, 2020. He was the husband of Michelle Barrus.

Gary was born in Ovid, MI to the late David Richard Barrus and Donna Jeanne Barrus

and spent the majority of his life in Charlotte, MI. Right out of high school, Gary served as an E-4 Signalman in the United States Navy during the Vietnam War. After being released from active duty, Gary was transferred to the Naval Reserve and returned to Charlotte, MI. There he worked for more than 30 years at General Motors. He and his former wife Melody raised two children.

After retiring from General Motors, Gary moved to Lady Lake, FL, where he met and married Michelle. Together, they became active in their church, serving in both St. John Lutheran and Christ Lutheran Church in Summerfield. Gary was on Church Council and also served as Property Superintendent until November 2019.

He was preceded in death by his step-son, Jeffrey Delong, Jr. and brother, S-SGT. David W. Barrus.

To send flowers to the family or plant a tree in memory of Gary Barrus, please visit Tribute Store

Share Your Memory of
Gary
Upload Your Memory View All Memories
Be the first to upload a memory!
Share A Memory
Send Flowers