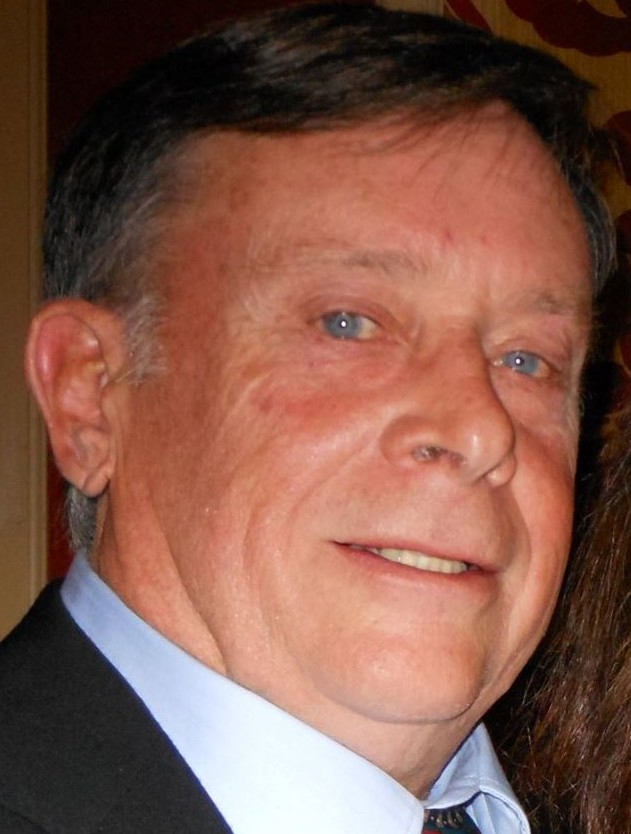 Sidney P. (Sid) Buttermore of The Villages, Florida, passed away on Monday, December 14, 2020, following a brief battle with cancer. He was 71.

Sid was born on August 23, 1949 in Charleston, South Carolina, the second of three sons of the late Robert Eldon Buttermore Sr. and Marion Deane Buttermore. The Buttermore Family settled in Noank in the 1950s, and Sid spent his entire life there before moving with Melissa, his wife of 30 years, to Florida in the summer of 2019. Though their time there together was brief, it was perhaps the happiest year of his life.

Sid spent his youth playing numerous sports and was a proud Boy Scout, eventually becoming an Eagle Scout. He graduated from Fitch Senior High School in 1967. He went on to attend Southern Connecticut State University, where he received his B.S. in education in 1972, and set his sights on becoming a teacher. He began teaching in the Groton Public School system right after graduation and spent the majority of his career teaching at West Side Middle School, where he worked for over 30 years before retiring in 2006. He spent much of his time at West Side teaching 7th grade social studies, imparting his lifelong interest in history to his students. In the 1970s and 1980s, he proudly coached the girls’ softball and basketball teams to championship victories. In addition to his teaching, he was also an active member of the Groton Education Association, serving for a number of years as treasurer. He will be fondly remembered by his colleagues and the generations of students he taught and coached at West Side.

Sid was involved with the Groton Elks for decades, and was instrumental in helping the organization run smoothly and efficiently through a variety of roles there. He held many positions at the Elks, ascending from Esquire all the way to Exalted Ruler. As Past Exalted Ruler, he worked as Secretary, and founded the Elks’ annual golf tournament, which he led successfully for many years. He received several awards for his dedicated service to the Lodge, including the State Chairperson of the Year Award for 2011-12. His time at the Elks also brought him many lifelong friends.

His first marriage brought him his beloved daughter Kelly in 1981. He found his soulmate and love of his life in Melissa Silva. They married in 1990, and enjoyed 31 blissful years of partnership, love, and happiness together.

Sid enjoyed many hobbies over the years, including puzzles (both crossword and jigsaw), stamp and coin collecting, gardening, and lobstering, but head and shoulders above them all was his love of golf. He was at his happiest when on the golf course. He was a longtime member of the Shennecossett Golf Course in Groton. He eagerly joined golf groups immediately upon his move to Florida, and took a part-time job at Arnold Palmer Golf Course there, a role he quickly came to love.

His wife Melissa survives him; as do his daughter Kelly Buttermore; and son-in-law David Warth of New York City; and his brother Dennis Buttermore of Mystic. He was preceded in death by his parents and his elder brother Robert. He will be greatly missed by his in-laws Edward and Joyce Silva of Groton; his entire extended family, and his many dear friends and golf buddies.

In lieu of flowers, the family requests that donations be made in his memory to Samaritan’s Purse, a Christian humanitarian aid and disaster relief organization. Please visit www.samaritanspurse.org. Due to COVID-19 restrictions, there are no immediate plans for a public service. The family may hold a celebration of life in Connecticut at a later date.  Arrangements entrusted with HIERS-BAXLEY Funeral & Cremation Life Event Center, 352-775-7427.  Sentiments may be left online at www.hiers-baxley.com.

To plant a tree in memory of Sidney Buttermore, please visit Tribute Store

Share Your Memory of
Sidney
Upload Your Memory View All Memories
Be the first to upload a memory!
Share A Memory
Plant a Tree