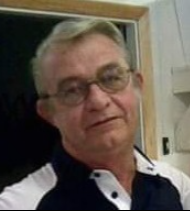 Gerald MacBlane 76, of Belleview passed from this life on Monday, November 30, 2020. Born in Blossburg, PA he was the son of the late George and Rose (Harzinski) MacBlane.

Gerald was raised in Corning, NY and upon graduating from high school enlisted in the U. S. Army. He served In Germany during the early 1960s.

Gerald moved to California after the service and became a welder. He worked in the aircraft manufacturing industry for several years before coming to Florida. Gerald continued his welding career with the Plumbers and Pipefitters Local #803 of Orlando. He then worked with Translogic Corp where he retired from. Gerald recently received his 50 year pin from Local #803.

Gerald was a pilot and loved flying and talking airplanes.  He enjoyed fishing, hoisting a few brews and the camaraderie of his friends at the Fraternal Order of Eagles Club and the VFW Post in Belleview.

A Celebration of Life will be held Saturday, January 9, 2021, 3:00 PM at the Fraternal Order of Eagles, Belleview. In lieu of flowers memorial contributions in Gerald’s memory may be made to a charity of choice.  Condolences may be expressed at Hiers-Baxley.com.

To send flowers to the family or plant a tree in memory of Gerald MacBlane, please visit Tribute Store

Share Your Memory of
Gerald
Upload Your Memory View All Memories
Be the first to upload a memory!
Share A Memory
Send Flowers