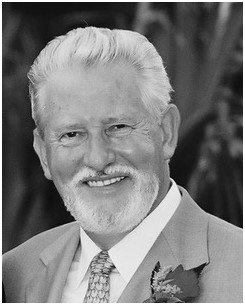 To view a video of Anton's life.

A life well-lived is worth remembering

To view a video of Anton's life:

Anton Brok, aged 82, of The Villages, FL, passed away peacefully surrounded by his family on Monday, November 16, 2020.

Anton is survived by his wife of 58 years, Anke; his three sons: Edwin and his wife Andrea of Grenoble, France; Martin and his wife Anouk of Paris, France; and Remco and his wife Chinda of Atlanta; his twin sister Lucy Blonk and her husband Jasper of Krommenie, The Netherlands; and his ten grandchildren Ian, Caroline, Thomas, Lauren, Lucas, Marcus, Nina, Sofie, Marco and Gisella.

Anton met his soul mate, Anke, while on vacation in Arosa, Switzerland in 1957. This was a precursor to their many future moves and travels. An avid writer, he wrote his memoirs, and many thought provoking essays well into his eighties. He also had an insatiable passion for learning and travel, but most of all he loved his dear wife, Anke, and the amazing family legacy they built together.

Born in 1938 in Amsterdam, The Netherlands at the advent of WWII, he spent several months of his youth in hiding in the Dutch countryside. He is a veteran of the Dutch army and in 1966 joined Het Parool, a leading Dutch newspaper where he was a trailblazer in the emerging computer automation space. Subsequently, he joined The Coca-Cola Company with whom he moved to seven countries, across four continents, spearheading the company’s global automation transformation. He ended his successful 30+ year career at The Coca-Company as a Vice President.

Anton was actively involved in starting and leading many social and international clubs and when he moved to The Villages in 2004, he continued this involvement.

He will be missed dearly and always fondly remembered by his favorite nickname, (O)Pa.

Given COVID restrictions, services will be limited to immediate family members. However, pictures, videos and condolences can be seen and shared at Hiers-Baxley.com under Anton Brok.

Share Your Memory of
Anton
Upload Your Memory View All Memories
Be the first to upload a memory!