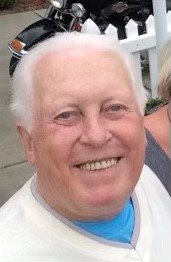 Richard Edward ‘RE’ Miller a non-judgmental and remarkable listener, a deeply loving father and husband and an uncompromising champion of the human spirit, died Thursday November 5th, 2020 at the Villages Regional Hospital after a courageous battle with cancer.

He was born on September 20th, 1945 in Duluth MN and grew up in the West End.  He graduated from Denfeld HS in 1963.  In 1968 he joined the Duluth Police Department and served honorably for 24 years in many different capacities.

Rick was a gifted athlete in high school and played basketball, football, and broomball.  He was an avid intramural softball player with the DPD.  He loved golfing, hunting, fishing, and evening rides on the pontoon at Lake Wilson.

Rick fought a very hard & valiant fight with cancer for 9 ½ years.  His motto was “never give up” and he never did.  Rick had the most infectious smile and laugh.  He had a way of making you feel so special, he would talk to anyone and make friends so easily.

We are called to make a difference in this world – job well done!  Arrangements entrusted with HIERS-BAXLEY Funeral & Cremation Life Event Center, 352-775-7427.  Sentiments may be left online at www.hiers-baxley.com.

Share Your Memory of
Richard
Upload Your Memory View All Memories
Be the first to upload a memory!