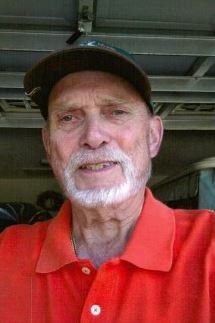 He was preceded in death by his parents Joseph and Claire Kelsey. And his cat Gary.

Joe was born in the U.S. Naval Hospital in Newport Rhode Island March 27, 1942 and was raised in Clinton Connecticut. He graduated in 1960 from Morgan High school. A class of 60 people most of whom he remained lifelong friends. After high school he moved to California and attended Chabot College. He soon returned to Connecticut and married Roberta Losnes. He worked several jobs and bought his first business the ARCO gas station and then others. He was an active member of the Lions Club serving as local president for a few years. After selling these businesses he decided to become a farmer. He moved the family to Clearbrook Virginia and raised cattle for a time. Joe never let go of his dream of becoming a high school history teacher. He went on to complete his teaching degree at Shepherd University in Shepherdstown West Virginia. He taught for many years in the Winchester Virginia school system. He was well known for his low country shrimp boil fundraiser for the school. Joe spent the last of his years with his wife traveling, golfing and living life to the fullest. Joe was loved and admired by family, friends, employees and the many teachers and students he was with over these years. He will be missed by many.

A celebration of life will be held at a later date.

In lieu of flowers please consider donating your old eyeglasses to your local Lions Club.

Online condolences can be shared at www.hiers-baxley.com

To send flowers to the family or plant a tree in memory of Joe Kelsey III, please visit Tribute Store

Share Your Memory of
Joe
Upload Your Memory View All Memories
Be the first to upload a memory!
Share A Memory
Send Flowers