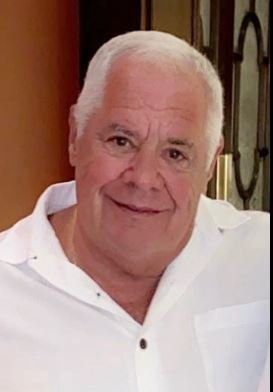 He was born to parents George O. Sloan and Margaret A. Coogan, on June 27th, 1953 in Oil City, Pennsylvania.

He graduated from Oil City Senior High School in 1971 and went on to study landscape design and ornamental horticulture and obtained the highly coveted Nurseryman accreditation.

With over 50 years of landscape and ornamental design, and humble beginnings, William started in the family business, “Sloan’s Nursery” in Oil City.  He left the small town with an even bigger dream to build an empire.

His ingenuity and new business “Sloan’s Landscaping Inc” in Florida, quickly set him apart as the expert go-to and true visionary in his field.  Designing, irrigating, sodding, and landscaping thousands of premier, designer homes and cottages and countless commercial properties.

Upon his retirement in 2019, William sat on the board of directors at the Sand Pearl Residence as he spent the last year beach side enjoying what he worked so hard for with his fiancé Angela.

William is known for his quick wit, his Irish eyes, infectious smile, kind, compassionate spirit, and his ability to always be the life of the party.

William was preceded in death by his father, George, his mother Margaret, and sister Cynthia Bridge.

The family has entrusted Hiers & Baxley in Ocala FL with the arrangements.

A “celebration of life” will be held at a later date.

Memorial contributions may be made to the American Heart & Lung Association.

To send flowers to the family or plant a tree in memory of William Sloan, please visit Tribute Store