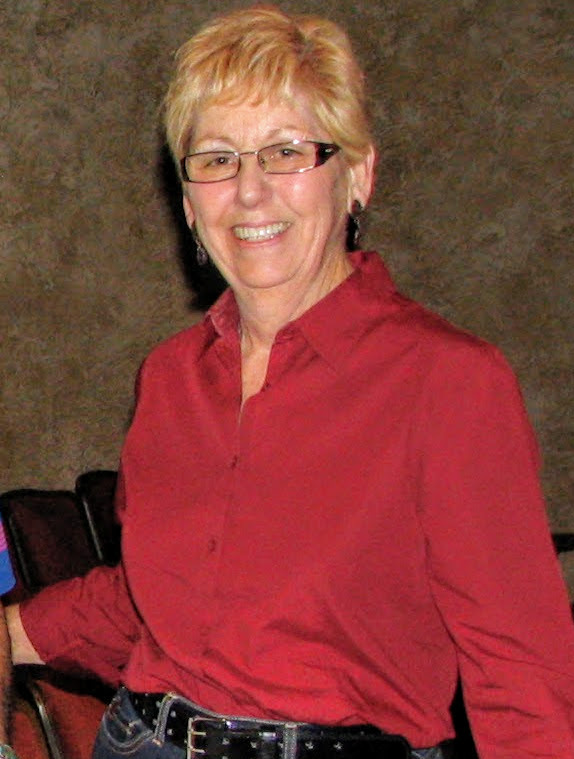 She is survived by her loving husband, Peter King; and two sons, Joe (Barb) King, of Sycamore, Ill., and Michael (Caryn) King, of Arlington Heights, Ill., and six grandchildren, Daniel, Kaitlyn, Dustin, Reyna, Colin and Brennan. She was preceded in death by her parents, Joseph and Elizabeth Shea; a brother, Don Shea, of Kalispell, Mont., and a sister, Betty Lou Scriven, of Bothell, Wash.

Born, June 23, 1940, in Calgary, Alberta, Canada, she was adopted at birth by Joseph and Elizabeth Shea and was raised in Shelby, a tiny town on the High Plains of Montana, where cowboys, oilmen and gold hunters could still be found.

Patty Jo completed X-ray tech training in Great Falls, Mont., where she met and married Pete King. The couple lived there briefly and welcomed their first child, Joe. They spent a short time in Los Angeles, while Pete completed his MBA, and then moved to Park Forest, Ill., where their second son, Michael, was born.

In Park Forest, Patty Jo did what she did best, building a network of friends, and built a “family” of others far from home. For decades that group, composed of Irish, Mexican and Indian families, gathered for noisy, joyous holiday gatherings filled with delicious food and lots of laughter. She remained close to all of them for the remainder of her life.

She raised her children in Homewood, Ill., then moved to Flossmoor, Ill., when Pete retired. She was an active member of St. Joseph’s Catholic Church, where she added to her vast network of friends. The couple began splitting time between that home and The Villages, Fla., starting in 2005, where she added still more friends to the fold.

She loved to golf and to cheer on her beloved Chicago Bears, Cubs, Bulls, and whatever other Chicago team happened to be winning at the time. For most of her life, if there was a party going on, she wanted to be there (and if there wasn’t, she found an excuse to throw one), and every dance floor was an invitation she could not refuse. Memories of her laughter will live on in the hearts of those who love her for years to come.

A Mass of Christian Burial celebrating her life will be held at 10 a.m. Wednesday, Aug. 19, at St. Mark the Evangelist, 7081 SE Hwy 42, Summerfield, FL 3449. To view a live stream of the service visit https://stmarkrcc.com/ and click on Funeral Livestreams. Arrangements entrusted with HIERS-BAXLEY Funeral & Cremation Life Event Center, 352-775-7427.  Sentiments may be left online at www.hiers-baxley.com.

Share Your Memory of
Patty
Upload Your Memory View All Memories
Be the first to upload a memory!
Share A Memory