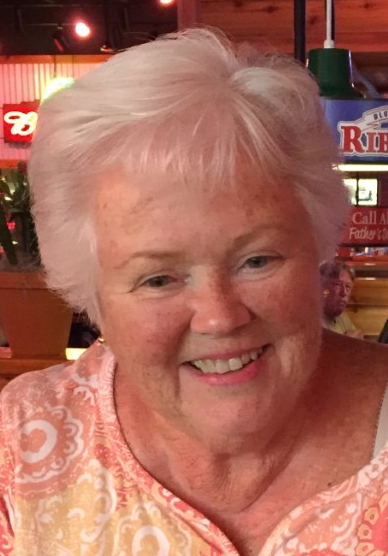 Joyce Elaine Hay-Crawford, 77, of the Villages, Florida was carried home by her angels on July 30, 2020 after suffering complications from the Coronavirus.

She grew up in Norther Virginia and served as a federal employee through her working life.  While working for the government she met the love of her life, Ken Hay and they combined families and raised four children together.  After retiring, they relocated and settled into The Villages.  She loved The Villages and was soon followed by her closest and lifelong friends, Linda Kushner and Marlene Harrington.

She was a wife, mother, grandmother, great grandmother, god mother, sister, and a friend to everyone she knew.  She was a loving, kind, and loyal person.   Joyce was social and enjoyed spending time with her friends and the community of friends she made while living in the Village of Bridgeport at Miona Shores.  She enjoyed mahjong, bocce, cruising with the sunshine girls, and even tried her hand at golf, with the 19th hole being her favorite.

After 42 years of marriage, tragically she lost Ken.  Years later she was introduced to Bob Crawford, a man who brought companionship and love back into her life.  They married in May 2017.  They traveled and found faith in the Village of Faith Baptist Church.

Due to the ongoing pandemic, a public service will not be held.  Online condolences may be left at www.Hiers-Baxley.com

To send flowers to the family or plant a tree in memory of Joyce Hay-Crawford, please visit Tribute Store

Share Your Memory of
Joyce
Upload Your Memory View All Memories
Be the first to upload a memory!
Share A Memory
Send Flowers