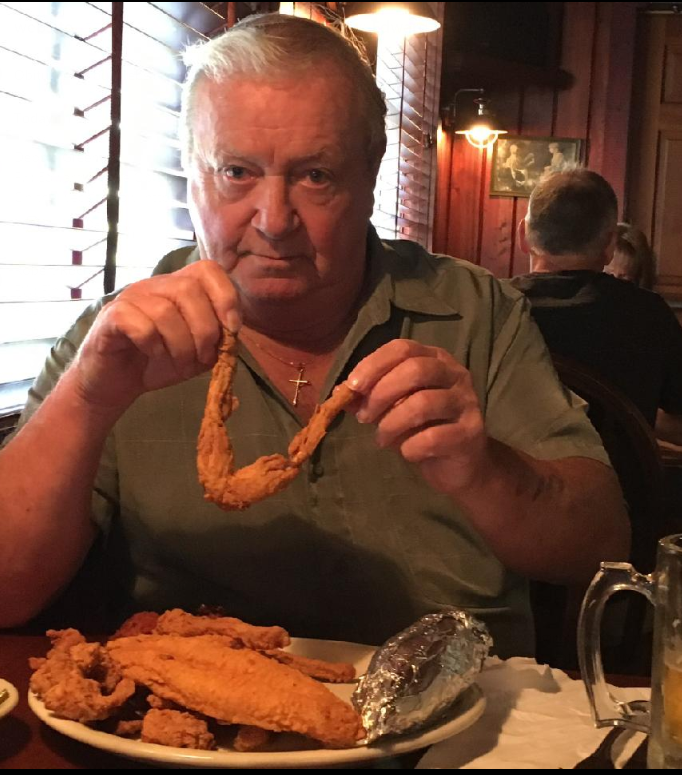 Edward “Eddie” Devine, 80, resident of The Villages, passed away peacefully with his beloved wife at his side and children nearby on July 29,2020.

Born and raised in Brooklyn, NY, Eddie served in the United States Marine Corps, being Honorably Discharged as a Lance Corporal. He was later employed by Ford Motor Company as an Assembly Line worker, and remained a proud Ford vehicle owner until the time of his passing.  He raised his family in Northern New Jersey before retiring to The Villages 13 years ago.  He enjoyed fishing, boating, golfing, traveling, watching TV and spending quality time with his family and friends.

Eddie is survived by his loving wife of almost 53 years Billie, daughter Meg Devine-Rodriguez and her husband Steve, son Danny Devine and his wife Kristin, daughter Lori Pfarrer and her husband Brian. He also leaves behind his cherished grandchildren Kayla, Sean, Kassidy, Maggie, Dani, Logan, Tyler and Gavin, as well as numerous nieces and nephews, in-laws, cousins, and extended family and friends. He was predeceased by his parents Patrick and Rosalie and brothers Patrick, Donald and Gerard.

Eddie’s sense of humor, Irish temperament and devotion to his family will be sorely missed.

In lieu of flowers, contributions may be made to the Cornerstone Hospice and Palliative Care in The Villages.

A Celebration of Life will be held at Hiers-Baxley Funeral Home, 3975 Wedgewood Lane, The Villages, FL on Friday, July 31st 12:00 pm. Services for Family and Friends and Internment in New Jersey will be held at a later date.

Share Your Memory of
Edward “Eddie”
Upload Your Memory View All Memories
Be the first to upload a memory!