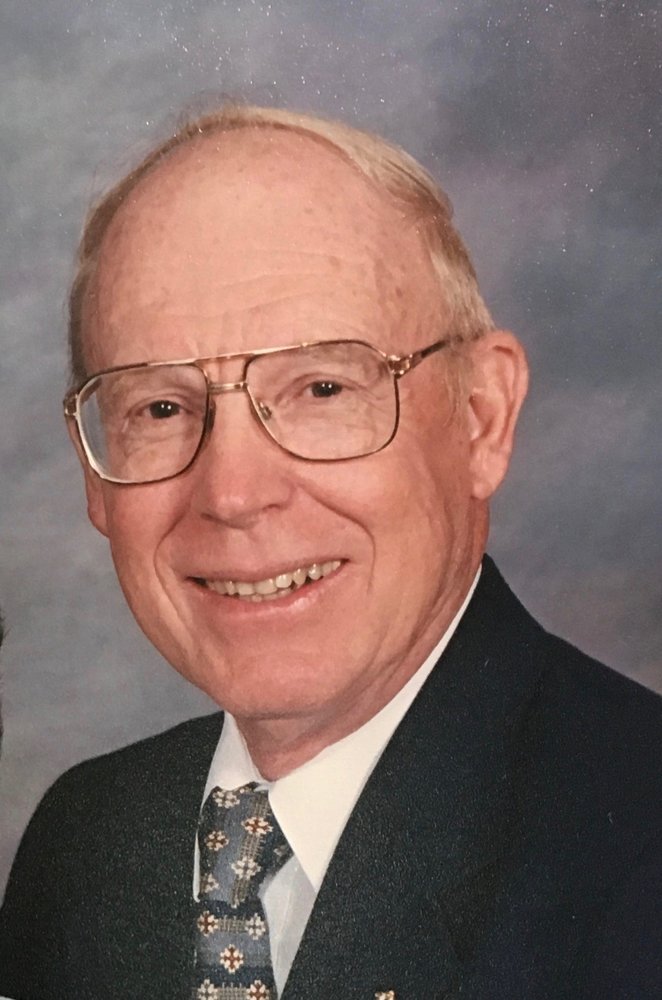 On Thursday, May 7, 2020, James Knowlton Meacham passed away at the age of 90. Jim was born on May 6, 1930 in Cleveland, Ohio to James and Eloise Meacham. Raised in Milan, Ohio, Jim was part of the class of 1948. He went on to study at Case Institute of Technology for one year, ultimately graduating from the University of Michigan with both a Bachelor of Architecture and a Master of Architecture. He is a two year veteran of the Army. Jim was an Architect his entire career, finishing with the Sandusky City Schools, Sandusky, Ohio. On February 8, 1964, Jim married Gloria Kay Croy of Trotwood, Ohio. They raised two children, Marie Louise Crocker and James Ames Meacham II.

Jim was a 32nd Degree Mason, belonged to the Blue Lodge in Milan, serving as Lodge Master and Red Lodge High Priest. He was also a Patron with the Edison Chapter of the Order of Eastern Star 112 and a member of the Zenobia Shrine of Toledo, Ohio. Over the years he did volunteer work for the Milan Historical Museum and designed various structures around town. He and Gloria are members of the First Presbyterian Church, Milan, Ohio.

In his retired years, Jim and Gloria enjoyed traveling the country in their motorhome. He had a passion for family, painting, sailing, and poetry. Together, they ultimately settled in a lovely home in Summerfield, FL where Gloria continues to reside. Jim loved being a husband, father and grandfather to his six grandchildren.

Jim was preceded in death by his father, James Ames Meacham, and his mother, Eloise Jeffery Meacham, brother, Robert Ames Meacham, and his sister, Marilyn Meacham Ortman. He is survived by his wife of 56 years, Gloria, his children, Marie (Marty) Crocker of Canton, CT and Jamie (Cristy) Meacham of Gorham, ME, and his grandchildren, Katie Crocker, Stan (Rebekah) Crocker, Amy (Cai) Matthews, Stefanie Meacham, Ashley Meacham and Michelle Meacham.

A graveside service will be held in the Milan Cemetery, Milan, Ohio. Arrangements entrusted to Hiers-Baxley Funeral Services, 1511 Buenos Aires Blvd., The Villages, FL 32159.  Condolences may be left at Hiers-Baxley.com In lieu of flowers, donations may be made to Hospice of Marion County, Florida.

To send flowers to the family or plant a tree in memory of James Meacham, please visit Tribute Store