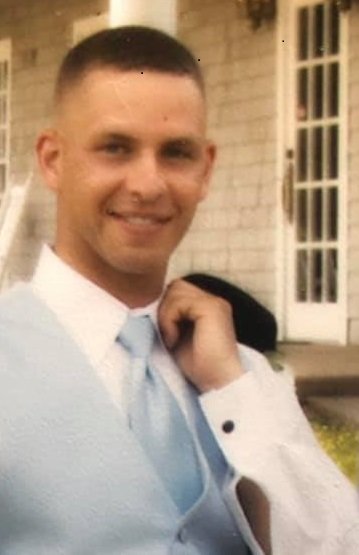 Sebastian Jeremy Hentbrook, born Jeremy Lee Brookins, known to family as a gentle, kind hero, passed away on March 14th, 2020 in Ocala, Florida while taking a walk. He was forty

years old. Jeremy, as he was called by family and friends, was born on December 25, 1979 at

on bases and then as a child growing up on the campus of Warner Pacific College, where his

parents were students. Jeremy had an extended family of brothers and sisters and spent most

of his life growing up in and around Portland and Hillsboro, Oregon. He attended Glencoe High

extra encouragement. As a middle schooler he was in Odyssey of the Mind and won the

Renatra Fusca Award from Odyssey of the Mind. His step father was a big encourager to

Jeremy with his academics and helped coach Jeremy’s Odyssey of the Mind team. A few years

later, Jeremy was identified as a John Hopkins Scholar at 15. At 17 he went to live with his

father and stepmother, Jerry and Mary Brookins in Bitburg, Germany. He spent his senior year

Of high school studying at Bitburg American School, graduating with honors. He spent his

Spring break in Barcelona. When he returned from Bitburg, Germany, Jeremy made the decision to enter military service, as had his father and mother, step mother and step father before him.  He served nearly a decade at Ft. Hood, Kuwait and back to back tours in Baghdad. He boxed for the Army in Baghdad and even won some fights.

Upon returning stateside. Jeremy served in the First Cavalry at Ft. Hood, Texas. He was also

honored to have been appointed captain of the Honor Guard at Ft. Hood and he attended many

dignitaries’ funerals all over the world. He was also on hand to watch his brother win The

Through it all, he remained close to and deeply loved by his family and friends.

Jeremy met former Army Sgt, Heather Carrasquillo at the VA, more than two years ago and she

and he had many plans for the future. They were to be married on May 18th. Heather’s

daughter, Gianna was a source of joy to Jeremy. Jeremy doted on little Gianna, He also was

very close to his niece Julia Belle Brookins and he is survived by nieces, Quinn Marie Lynette

His sister Diana Brookins preceded him in passing at 25 July, 2004 and his younger brother

Daniel passed away at age 29, December, 2019. Jeremy has many aunts, uncles, cousins in

the Birmingham, Alabama and Atlanta, Georgia area. He has many cousins in California and

Indiana and Florida. His maternal aunts, Kelly and Kristine were close to him, as well as cousin

Jaime Daigneau. He is survived as well by his maternal grandmother, Julie Munn of Crystal

were known among many. Jeremy was a skilled woodworker and an accomplished athlete.

Donations in his memory may be made in his name to Veterans Helping Veterans. Jeremy’s

interment was in Bushnell at the National Cemetery.

To send flowers to the family or plant a tree in memory of Sebastian Hentbrook, please visit Tribute Store

Share Your Memory of
Sebastian
Upload Your Memory View All Memories
Be the first to upload a memory!
Share A Memory
Send Flowers