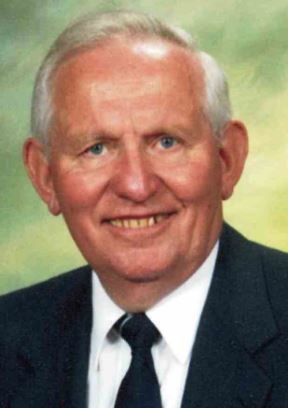 Herb was born in Germany a son of the late Franz and Gertrud Kniep. He was a Veteran of the US Army serving during the Korean War. Prior to his retirement he was a Plant Operations Manager for multiple facilities at Kent Feeds, Inc. of Muscatine, IA. He and Joan moved to Summerfield over 20 years ago.

Herbert is survived by his wife, Joan and son, Steven R. Kniep and his wife, Debra of Cherry Valley, IL and daughter, Lori Ann Buboltz and her husband, Lee of Blaine, MN. He is the proud grandfather of 6 and great grandfather of 3.

To send flowers to the family or plant a tree in memory of Herbert Kniep, please visit Tribute Store

Share Your Memory of
Herbert
Upload Your Memory View All Memories
Be the first to upload a memory!
Share A Memory
Send Flowers