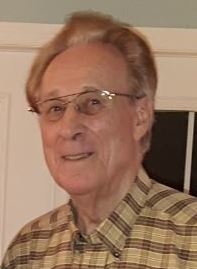 Bobby “Vip” Vipraio, age 84, passed away on Tuesday, February 11, 2020. He was born Aug. 11, 1935. He lived in The Villages, FL since 2002.  He was a singer for many theatrical groups.  For the past several years, he and Audrie Nevin have performed as a duet team known as “The Perfect Blend.” He spent most of his life in Massachusetts where he sang in many nightclubs in the greater Boston area.  He received many awards for most outstanding basketball player from Franklin High School and the Midland League.  Other interests were softball, pocket billiards, golf, and horseracing. He began his work career at the Foxboro Company in 1956, and was drafted in the US Army in 1958, serving in Korea. He was on the softball team that defeated the Far East Champions of 1959 in Tokyo.  He returned to Texas where he was on the Fort Hood Basketball Team.  In 1963, he married Barbara Accorsi and was married for 33 years before her passing. In 1985, Vip retired from the Foxboro Co. as a Material Planning Supervisor.  In 1997, he married widowed Cynthia Kofsuske, his high school girlfriend.  His only biological daughter, Tina Vipraio, died in 2016 at the age of 52.  He is survived by his twin grandchildren Amy DiPietro and Jonah Vipraio; stepchildren from first marriage are Lisa Brown and Lori Herbert; stepchildren from second marriage are Karen Caliendo and Stephen Kofsuske.

His funeral mass will be celebrated on Friday, February 28 in St. Mary’s Church, Franklin, MA at 10:00 a.m. Burial will follow in the parish cemetery.

A memorial service will be held in The Villages, FL at a later date.

Online sentiments can be shared at hiers-baxley.com.

To send flowers to the family of Bobby Vipraio, please visit Tribute Store

Graveside Service will be held at

A Memorial Service will be held

in The Villages, FL at a later date.

Share Your Memory of
Bobby
Upload Your Memory View All Memories
Be the first to upload a memory!
Share A Memory
Send Flowers