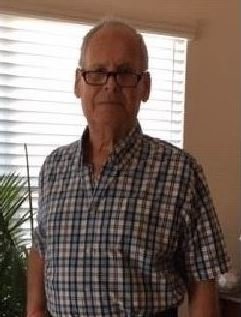 Raymond J. Farrell, 77, of The Villages, Florida passed away on Wednesday, October 2, 2019. He was born and raised in Brooklyn and Levittown, New York.  He joined the United States Air Force in 1964 and was the recipient of the National Defense Service Medal and the Air Force Medal. Ray was married on September 12, 1964 to the love of his life Carolanne. He worked as an Associate Court Clerk for New York State in the County of Suffolk for over 25 years. Ray was the Commander for VFW Post 4927 in Centereach, New York. Ray and his wife moved from Farmingville, New York to The Villages in 2016. He loved to take cruises and his favorite destination was Alaska.

He was preceded in death by his brother Gerard Farrell and his parents Vivian and Raymond Farrell.

Services will be private.

In lieu of flowers please make donations in his memory to The National Kidney Foundation, www.kidney.org.

To send flowers to the family of Raymond Farrell, please visit Tribute Store

Services will be private