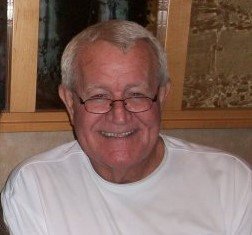 Robert Clyde Folsom was born January 30, 1936 to Remer Ellis Folsom and Bessie Marie (Gay) Folsom in Moultrie, GA.  He grew up on the family farm in Pelham, GA and graduated from Cairo High School in 1953.  He was awarded a basketball scholarship and attended Troy State University where he earned a Bachelors degree in Physical Education.  He went on to earn his Masters Degree in School Administration at Western Carolina University. Clyde started his career in Jacksonville, FL at Lake Shore Junior High School as the head basketball coach. Eventually he was promoted to Andrew Jackson High School as Basketball Coach & Dean of Boys then onto Robert E. Lee High School as Assistant Principal.

While in Jacksonville, Clyde met Marion Kavanaugh and they married in 1965.  Clyde eventually accepted a principal position at Lake Weir High School and they moved with their children to Ocala in 1973.  He went on to become principal at Forest High School and Howard Middle Schools.  While he enjoyed his opportunities at Forest and Howard, Clyde always considered himself a Hurricane.  He retired from the school system 1998.

There is a visitation scheduled for Fri., Sept. 6, 2019 from 6 - 8:00 p.m. at Heirs-Baxley Funeral Home, 910 E Silver Springs BLVD, Ocala.  The memorial service is scheduled for Sat., Sept. 7, 2019 at 10: a.m. also at Heirs-Baxley.  His internment into his final resting place will be immediately following the funeral service at Highland Memorial Park Cemetery, 1515 NE 3rd ST, Ocala.