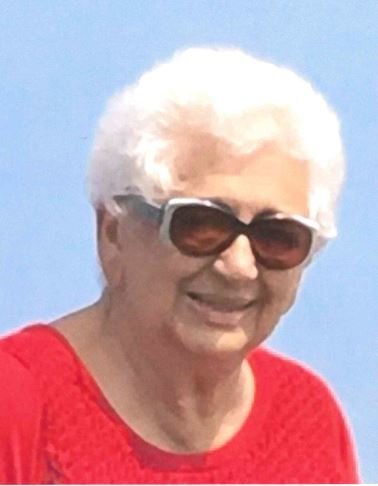 Barbara Anne (Salomon) Resnick, age 83, born June 4th, 1936, to Donald and Ida Salomon, passed away on Monday, August 5th, 2019 after a long and courageous bout with cancer of the colon.

Barbara graduated from Hall H.S. in West Hartford, CT in 1954 where she was an active athlete in many sports and represented her high school on all city sports teams. Barbara graduated from American International College with a B.A. in Mathematics in 1958. She met her husband, Gary, at A.I.C. and they were married in 1960. Barbara taught at Northfield School for Girls and Lenox (MA) High School, received her M.A. in Mathematics from UCLA in 1965 and subsequently taught at Quinnipiac College and the Hartford Branch of the Univ. of Connecticut. In 1968, they moved to CA where she continued to teach in the Rancho Santiago Community College District until she and her husband retired in 1993.

She leaves her husband Gary of 59 years, a son Alex, 4 grandchildren, her sister Marjorie and nieces Alicia and Michele. She was predeceased by their late son Howard Craig.

She and Gary enjoyed travel, visiting all 50 states and the bordering Canadian Provinces in their motor home. (The motor home did not make the Hawaiian trips). Barb was active in Angel Snugs, a local group involved in knitting and crocheting hats and scarves for children with cancer, the Sunset Pointe Photography Club and served as corresponding secretary for The Villages North Jewish Chavurah. Barb enjoyed playing bridge and bocce. They moved to The Villages in 2015 from a Del Webb community in Georgetown, TX.

Funeral arrangements are being handled by the Weinstein Mortuary in Hartford, CT in conjunction with Hiers-Baxley Funeral and Cremation, The Villages FL.

To send flowers to the family or plant a tree in memory of Barbara Resnick, please visit Tribute Store
Monday
12
August