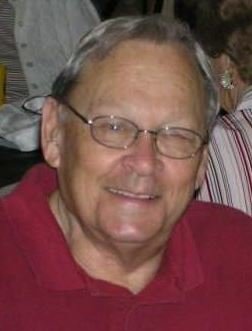 Gustave Weiss, age 93, passed away at his home in Port St. Lucie on Tuesday, July 30, 2019. He was born in Brooklyn, NY in 1926 to Harry and Sadye Weiss and grew up in the Coney Island area. At the age of 17, in the midst of World War II, Gus volunteered for the U.S. Navy, serving in the Pacific theater as a radio operator on a PT boat.

A few years after returning to civilian life, Gus was working as a teletype operator for Merrill Lynch in New York when he struck up an “online” (1950-style) friendship by ticker tape with Margie, the teletype operator in the Miami office. Gus drove down U.S. 1 to Miami to meet Margaret in person, and soon they were married in Paterson, N.J.

Gus had worked at a variety of jobs including bus driver and door-to-door insurance salesman, when he began working nights as a proof operator for the First National Bank of Miami. He worked his way up the ranks of the bank, eventually heading up the fledgling computer department and retiring as a Vice President of Southeast Bank.

Gus was preceded in death by his beloved wife of 42 years, Margie. Sadly, their eldest daughter Susan McCue passed away just one day after Gus. He is survived by daughter Shari Todd, granddaughters Michelle McCue-Carreras and Meredith Todd, great-grandson Hunter Carreras, and brother Albert Weiss.

In lieu of flowers, donations can be made in Gus’s memory to the Humane Society of the U.S. or the National WWII Museum.

To send flowers to the family or plant a tree in memory of Gustave Weiss, please visit Tribute Store
Friday
2
August

Share Your Memory of
Gustave
Upload Your Memory View All Memories
Be the first to upload a memory!
Share A Memory
Send Flowers