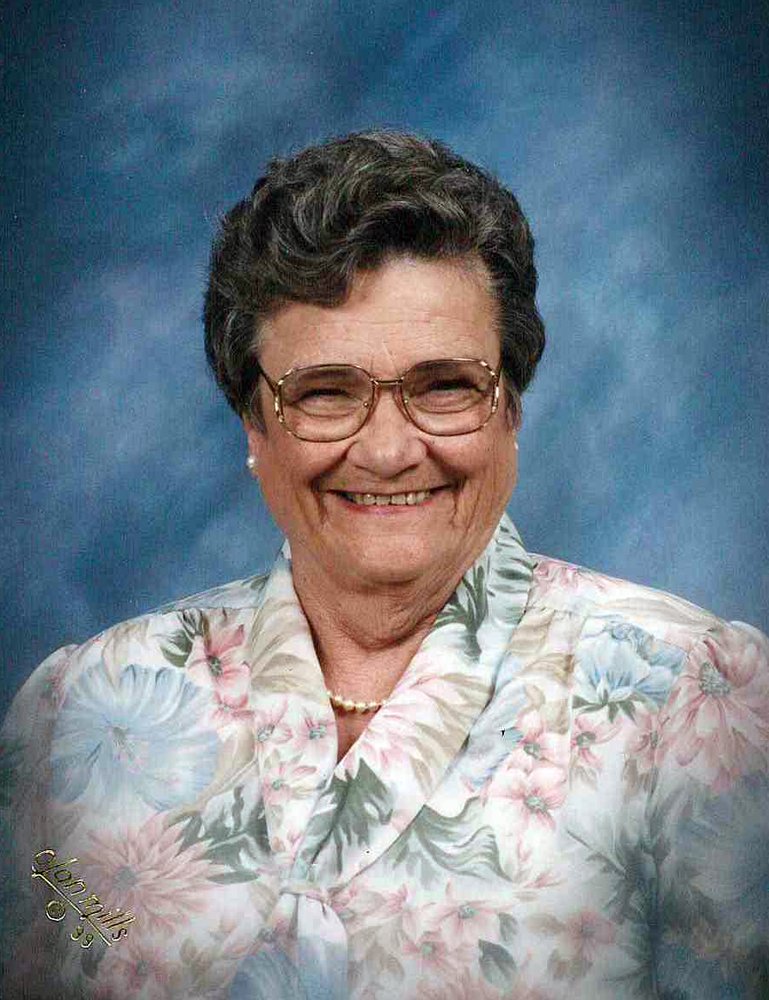 On Friday afternoon, May 31, 2019, Marion “May” Hutton (Kamp) Wakelin slipped quietly into eternity to again stand beside the two loves of her life, Howard Oliver Wakelin and our Savior, Jesus Christ.  May was born July 2, 1925, in Burdett Alberta, Canada to Leonard and Mary (Stewart) Kamp.  Her homestead farm was just outside Bresaylor, Saskatchewan, Canada where she attended school through the 10th grade.  May met Howard, the love of her life, when she answered a knock at her farmstead door and there stood Howard with intents of directing vacation bible school.  Howard and May would be married on Friday November 13, 1942.  Her sole purpose in life centered around a love for her family and serving at her husband’s side in ministry.

May shadowed Howard’s lead in ministry at numerous Christian Church (Disciple of Christ) congregations throughout Canada and the US from June 1950 to December 1986 when Howard retired from ministry.  She is currently a member at the First Christian Church in Ocala, Fl.   During this time May enjoyed domestic hobbies- sewing, knitting, crocheting, and housekeeping.   Raising their 3 children Cecil, Brenda, and James were of most importance, and her involvement in the churches they served whether it was through the Christian Women’s Fellowship (CWF) or serving on a committee or deaconess at the communion table during worship.  In 1994, Howard and May moved south to Florida where they could enjoy their children and grandchildren who were already living there.

May loved her friends and family and often would show her affection through her cooking.

A funeral service will be held on Monday, June 10, 2019 at 11:00 a.m. at First Christian Church, 1908 E. Fort King Street, Ocala, FL 34471, with visitation one-hour prior. Interment will be in Highland Memorial Park.  The family has asked that memorial contributions be directed toward the Alzheimer’s Association. Arrangements by Hiers-Baxley Funeral Services – Belleview.

To send flowers to the family or plant a tree in memory of Marion Wakelin, please visit Tribute Store
Monday
10
June