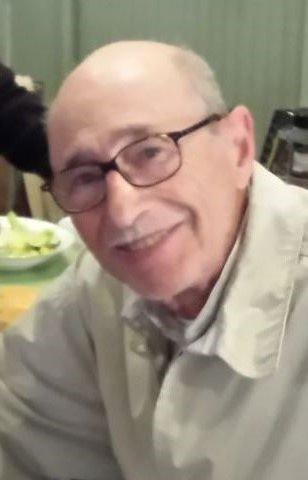 He was a veteran of The United States Air Force and served during the Korean War. After his service, he attended New York University. He met his wife, Ora, in an elevator in New York City in 1959. They married in 1961 and had two daughters. Wanting a life “in the country”, Eli brought his family to Marlboro, New Jersey in 1968.

Eli was active in local politics, serving on the town planning board and as the Deputy Mayor of Marlboro for twelve years and was honored with a street there, Belil Lane.

Not wanting his fellow Korean War servicepersons to be forgotten, Eli worked tirelessly for the establishment of a Korean War Memorial in Washington, D.C. and worked with General Richard G. Stilwell, keeping the issue at the forefront and raising millions of dollars for the effort. For his dedication, he received honors personally from President George H.W. Bush at a dinner also honoring Bob Hope, Astronaut John Glenn and columnist Anne Landers.

Eli loved to play guitar and sing and was in a folk music group with his brother Harry. He also loved to dance, whether it was waltzing with Ora, Greek dancing at the festivals he loved to attend, or Country Western line dancing. Singing and dancing to Eli was the essence of life.

Most important to his heart, was his family. He was a dedicated husband, father, grandfather, son and brother. We will miss him dearly.

He is preceded in death by his parents Annetta and Samuel Belil.

In lieu of flowers please make donations in Eli’s memory to Walk To End Alzheimer’s Yaphank (Team Eli’s Legs) which you can access through this link https://tinyurl.com/y658kwu4 or The Oral Cancer Foundation.

To send flowers to the family or plant a tree in memory of Eli Belil, please visit Tribute Store
Wednesday
5
June

Share Your Memory of
Eli
Upload Your Memory View All Memories
Be the first to upload a memory!
Share A Memory
Send Flowers