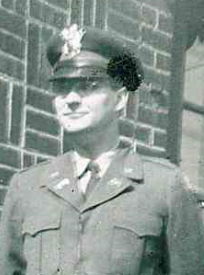 Kermit J. Riedy, 85, of Summerfield, passed away on Saturday, January 19, 2019. Kermit  was born on January 14, 1934, to Kermit and Mildred Riedy in Bethlehem, Pennsylvania and moved to this area from Forrestville, New Jersey in 1996.

Mr. RIedy was a founding member of Little Dove Baptist Church and was also active in the Gideon's International prior to moving to Florida. He loved sharing the gospel and playing the piano and organ.

A funeral service will be held at 2:00 p.m. on January 23, 2019 at Little Dove Baptist Church, 12005 SE Maricamp Road, Ocala, with a visitation one hour prior. Interment will be private at Florida National Cemetery, Bushnell, FL.  In lieu of flowers donations may be made to Gideon's International. Online condolences may be sent at www.hiers-baxley.com

Share Your Memory of
Kermit
Upload Your Memory View All Memories
Be the first to upload a memory!