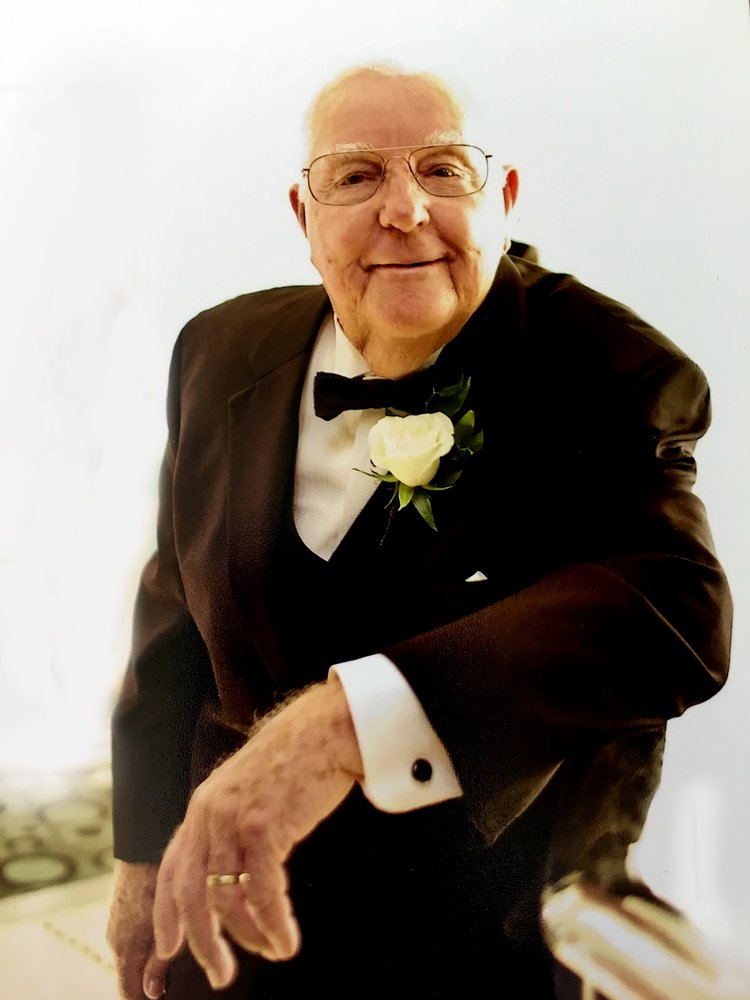 Albert W. Wright, 90, of Summerfield passed away on Saturday, September 15, 2018 at his residence in Summerfield.  Al was a native of Miami.  He was a retired firefighter; he worked at Miami International Airport for 30 years where he was a driver and engineer on the foam truck.  He was active at First Baptist Church Summerfield where, he was active in Sunday School and Prayer Meetings on Wednesday Nights.  He was an avid fisherman, loved boating, and taught a countless number of people to ski from the back of the 2 boats he built.  He was active in coaching Women’s Softball and was a fan of the Miami Dolphins and Kentucky Wildcats Football.   He will be remembered by his children as a kind and loving father and by his friends as a kind, loving man, who loved everyone he met.  Survivors include his wife, Sue Wright, daughters; Marsha (Bill) Lange, Tina (Chris) Bryson, Terri (Jim) Howard, Cindy (Glen) Hughes; step-son, Richard (Paul) Price; 9 grandchildren, 6 great-grandchildren and many nieces and nephews.   Albert was predeceased by his parents, Albert and Bobbi Wright and his late wife, Shirley Wright.

A funeral service will be held at 3pm on Wednesday, September 19, 2018 at First Baptist Church of Summerfield. A visitation will be held one hour prior to the service.  Burial will take place at 2pm on Saturday, September 22, 2018 at Southern Memorial in North Miami.  In lieu of flowers, donations may be made to First Baptist Church of Summerfield Building Fund. Online condolences may be sent at www.hiers-baxley.com.

Share Your Memory of
Albert
Upload Your Memory View All Memories
Be the first to upload a memory!