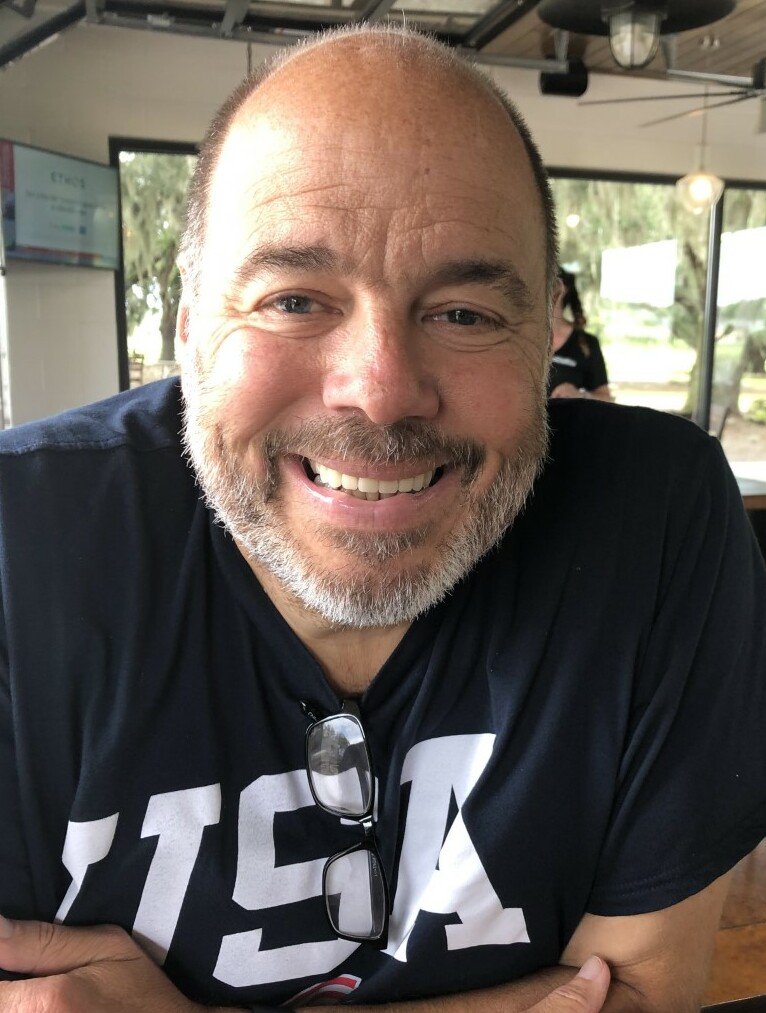 John Joseph Kaszuba passed peacefully on November 2, 2022 at the age of sixty-three. John was a beloved pillar of every community he was a part of - spreading kindness, generosity, and joy wherever he went.

He will be dearly missed by his wife of 38 years, Susan; his children, John Jr. and wife, Lindsey, Christopher and wife, Molly, and Margaret and fiancée, Robert; his cherished granddaughters: Vienna and Athena; his brothers: Anthony and wife, Barbara, and Joseph and wife, Dawn; his sister-in-law, Patty; and his nieces and nephews.

He was predeceased by his parents: Stanley and Eileen; and his brother, Michael.

John spent his earliest years in Queens, New York and Patterson, New Jersey before eventually calling Ocean County, New Jersey home. He was a graduate of Southern Regional High School and was a proud Ram until the end. John then attended Indiana State University where he studied Radio/TV/Film Communications and was a member of the Sigma Pi Fraternity - a time in his life that he would recount countless stories with anyone who had the desire to listen.

He delivered for Hostess, learning how to navigate his slice of the world by stops he would make along his routes. After fifteen years with Hostess, he broke into the radio business. A natural salesman, John found his niche and spent the next twelve years working as a sales manager - first working for Jersey Shore Broadcasting, then Press Communications, and eventually Millennium Radio Group of the Jersey Shore.

And though he spoke of those years with reverence and passion, it was in 2010 that he found his calling in life - changing the lives of the community at Southern Regional High School. John began working as a Media Specialist and would eventually go on to teach TV and Film Production. But, as Mr. Kaszuba, he was so much more than just a staff member - he was a mentor and champion for his students, a friend and cheerleader to his colleagues, he was the “Voice of the Rams”, he was the heart of SNN TV21, an advocate for the stage, and he was nearly everyone’s right hand man. When he retired in June of 2021, his departure was bittersweet.

In the summer of 2021, John fulfilled a lifelong goal to have a retirement where he could fill his days with golf, friendship, adventure, and sunshine. It was in The Villages, Florida that he initiated his final community.

And of all of his achievements in life, nothing held a candle to the family he shared with his true love, Susie. They married in 1984 and a few years later had their first son, John Jr. After six years as a family of three, they became a family of four when their second son, Christopher, was born and very soon became a family of five, one year later, when their only daughter, Margaret, was born. His children were his pride and joy and he never missed an opportunity to tell everyone about all of the wonderful things they were achieving in their lives - the big things and the little things. He also never missed an opportunity to tell them that he loved them and was so proud of the people they were becoming. His heart was so full as each of his children found partners to navigate their lives with and his family began to expand to include Lindsey, Molly, and Robert. And though he wore Dad as a badge of honor, nothing brought him more joy than being Poppers to Vienna and Athena.

John’s life will be celebrated at Southern Regional High School in Manahawkin, New Jersey on Saturday, November 19th. All those who wish to pay their respects are invited to do so between 1 and 5 PM.

In lieu of flowers please consider a donation to The Kaszuba Family Scholarship Fund through this link: https://gofund.me/cd08eb65